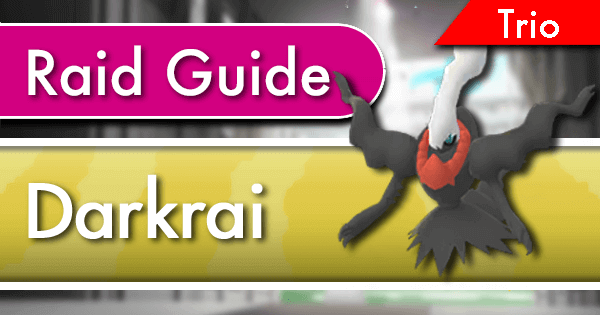 In its March of 2020 release, Darkrai made its return to the raid scene as a Tier 5 rather than a Tier 6, making it substantially easier to deal with. This raid is actually doable with 2 trainers and without boosts given the proper counters, but this guide will focus on the much more forgiving 3-person run given the current rarity of these counters

Darkrai hits like a truck, plain and simple. While not as strong as Mewtwo in this regard, it is still able to cut down teams with its powerful blows, which makes TDO a bigger issue than DPS given perfect counters. Be ready to re-lobby for this one, as the Pitch Black Pokemon is quite the imposing force.