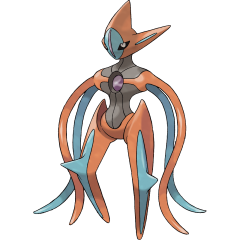 Roughly 9 months after its original debut, Deoxys Attack returns to raids. It’s still a straightforward solo, but not quite as easy as it was in late 2018 due to various rebalances. Last time you could bash away at it with pretty much anything, but the HP buff and Type Effectiveness change mean that generalists aren’t nearly as good as they were.

For those who are new to shortmanning, you may notice that Deoxys A will regenerate some health while you heal and/or re-enter. This is normal. The best way to avoid it is to win before you need to re-enter. However, this guide assumes you’ll be using a 2nd and/or 3rd team and builds in some extra cushion to ensure you can do that extra damage.

Note: This guide assumes that each re-entry subtracts 25 seconds from the needed time to win (300 for 0 entries, 275 for 1 entry, 250 for 2 entries, etc). This a conservative estimate, especially if you re-enter directly with a second team.