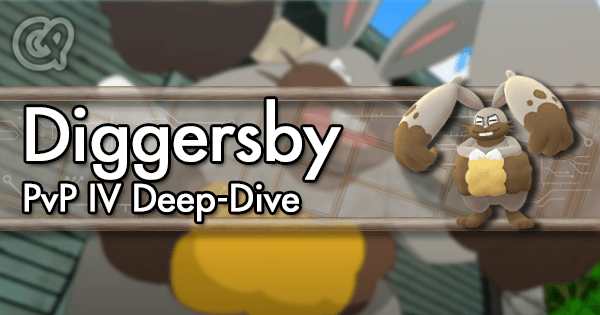 Bunnelby are back in droves for the Pokemon GO Spring 2022 Event. Considering that Diggersby is a meta threat in the Great League and was in the recent, first ever Pokemon GO Regional Championship winning team, it could be worth it to finally build one or get an improved version. This Diggersby PvP IV Deep Dive will help you choose which Diggersby IV spread will be most optimal for Great League PvP and highlight which advantages or disadvantages your current Diggersby may have.

For the Great League, Diggersby wants at least 139.75 Def and 176 HP. With this bulk, Diggersby can manage most XL Sableye in the 0-1 shield scenario, Medicham in the 1-0, and more potential to overcome Deoxys Defense Forme. The Sableye matchup may require up to a 141.1 Def stat for a 120.85 Atk weight Sableye (from our Sableye PvP IV Deep Dive), inconsistencies with Fast Moves may make 178 HP more consistent for the 0-1 as well (Shadow Claw does 2 damage, so 176+2). Deoxys Defense Forme may similarly ask for a higher Def stat, but 141.1 should be “safe.”

As for Diggersby’s Atk stat, roughly 94.6 Atk appears to confer subtle advantages in some matchups (namely Registeel, Meganium, and the mirror) with dubious consistency. 96.49 Atk can net a Breakpoint on Deoxys (isn’t as important as Def for flipping matchups), a Charge Move Breakpoint on Talonflame flipping the 1-0, and Registeel CMP. This Atk weight may also confer additional advantages against Meganium, Wigglytuff, and Vigoroth. Overall, the trade in bulk for shaky potential matchup gains isn’t advised, but it could be worth holding onto one with this Atk weight should it become more relevant in the future.

When prepping this PvP IV Deep Dive, LurganRocket himself (The Liverpool Champion) tweeted at us with his insight on the matter.

You can read our lite discussion on twitter here

What’s interesting about LurganRocket’s perspective on HP here is that he accounts for Fast Move sneaks/denials (a glitch that is so rampant that players are forced to treat it as a “feature”). Given that Shadow Claw does 2 damage per hit, if GO Battle Lag isn’t in your favor, the 176 HP recommendation could be 178.

To add, LurganRocket’s Diggersby is the 2/13/11, which only has 175 HP. For the Sableye 1-0 matchup, Lurgan could reasonably meet defeat against a slightly Atk weighted Sableye. Was this a calculated maneuver? DMing the champion, it turns out it’s just what he had. While it would be nice to have any of the 5 premium Diggersby IV spreads, it could take well over 1800 captures to obtain one (weather permitting). In the end, we have to play with what we have and it’s important to know what your Pokemon can and can’t do in battle.

If you’d like to know more about LurganRocket’s Team, perspective on IVs, and thoughts on the Liverpool Tournament, you can check out Ep.3 of the Silph Thyme Podcast

It’s interesting to see Diggersby’s rise in power over the past few Seasons. What was once an interesting spice pick/Cup Pokemon has slowly become more of a household name. This same trend has also been seen with Lickitung as of late. To add, Diggersby is a bunny, like Azumarill. What’s with these rabbit Pokemon being so powerful? 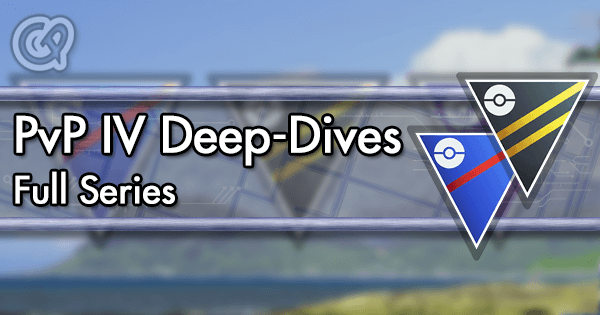