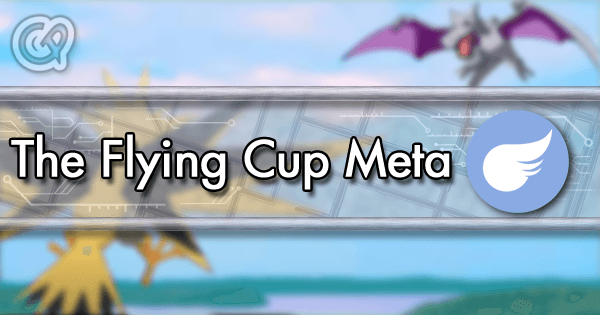 The first GO Battle Night event will take place in Pokémon GO Battle League from November 5th at 6:00 pm to November 6th at 12:00 am (local times). During this time we’re going to have 20 sets of battles available, with double Stardust rewards from competing! Pidgeot is also going learn the new exclusive move Gust upon evolving — and if you’re wondering how important that would be, here’s another article for you.

Here we’re going to discuss the intricacies of the peculiar format of this GO Battle Night, the Flying Cup, and hopefully help you farm some more wins and even more stardust. The limitations are simple: only Flying-type pokémon under 1500 CP will be eligible. 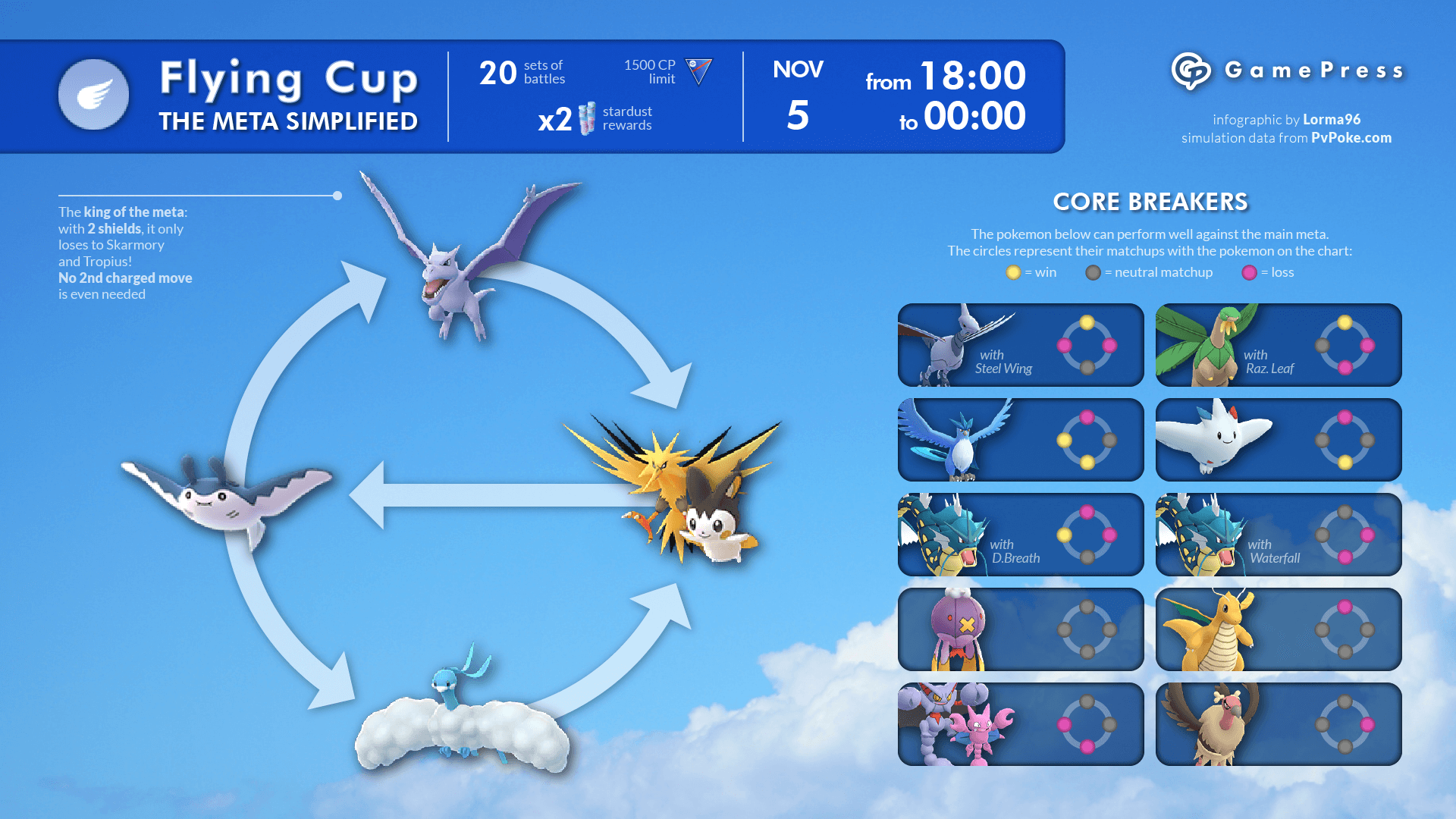 With only Flying-types in play, it’s only natural that the most relevant pokemon here would be those with super effective coverage against Flying — so either Rock, Electric or Ice moves. As a result, the Flying Cup will feature a restricted pool of meta picks in fast-paced battles, more often centered around smart shield usage rather than alignment and switch advantage.

Another consequence of having a meta where all the most relevant pokemon hit each other very hard is that you can combine them pretty much however you want. There are no strict rules here where it comes to team building, as long as your trio isn’t too weak to...

Aerodactyl was never really relevant in PvP, but it will be absolutely meta defining here. From zero to hero! The oppressive Rock damage makes it the most consistent counter to all sorts of fellow winged creatures, as long as it can compensate its low defensive stats with shields to hide behind. In fact, with 2 shields it beats anything except Steel Wing Skarmory, Razor Leaf Tropius… and that’s it!

Some considerations have to be made about optimal IVs here, since non-Shadow Aerodactyl is one odd case where the Attack stat should be prioritized over Defense and Stamina. With about 137 Attack it picks up crucial breakpoints over Zapdos, Emolga and Skarmory, and it may need to go even higher to secure a narrow win over   Altaria. Shadow Aerodactyl has it simpler, as it gets all those breakpoints by default and prefers a higher Defense stat (83 or above) to maintain bulkpoints against Altaria and Mantine instead.

Note that Aerodactyl doesn’t need a second charged move to function, so don’t worry if your Shadow is stuck with Frustration. Iron Head and Earth Power don’t bring any valuable coverage anyway, Hyper Beam is a myth, and Ancient Power would only be used for some desperate (though potentially very rewarding) boost fishing.

So, assuming Aerodactyl has already rightly taken the first slot on your team, let’s introduce some of its favorite partners in crime.

Mantine is a uniquely versatile counter to Aerodactyl itself. On paper it does lose if the opponent shields twice, but in practice that loss sets up the next pokemon with energy and shield advantage, since Aerodactyl won’t be able to get to a second Rock Slide. Mantine’s Ice Beam packs a mean punch against everything in the meta, though it’s not always enough to flip the script on Electric-types, its only glaring weakness.

Zapdos and Emolga are expensive picks. The former requires an Elite Fast TM, while the latter is quite rare and needs to be almost maxed out. However, their ability to quickly get off charged moves to force shields or sweep endgame, especially with an energy advantage, can really pay off. And if you’re that rich, you could even opt for a Shadow Zapdos for maximum nukes — though the regular variant does better against Emolga, being able to survive a Discharge.

Altaria is one of the few birds that can afford to tank a Thunderbolt thanks to its Dragon typing, effectively functioning as a counter to Electric. Dragon Breath’s infamously high damage makes Altaria a great generalist too. Besides off-meta Togekiss and Articuno, it only narrowly loses to Aerodactyl (depending on IVs, as mentioned above: high Defense helps) and Mantine (unless it manages to correctly shield Ice Beam twice).

Even though the Flying Cup is quite limited, luckily the five pokemon above aren’t the only ones worth using. If you’re feeling a bit spicier, here are the others.

Skarmory makes use of its other fast move for the first time here to become the single hardest counter to Aerodactyl. That feat alone makes Skarm worth considering, since Aerodactyl will be everywhere. It also doesn’t do too bad against Altaria, but it just can’t touch Mantine and the Electrics that resist Steel.

Tropius is the second hardest counter to Aerodactyl, consistently winning the fast move damage race even though Razor Leaf only hits for neutral damage! With 2 shields Tropius can also beat Mantine, as long as it shields one Ice Beam. Outside of those matchups, however, the dangers of relying on Grass damage in a Flying meta should be quite obvious.

Drifblim may be the most versatile pokemon in the meta. It has win conditions against all the main picks (and most of the spice too), though it doesn’t necessarily hard counter anything either. It could shine as an effective safe switch, since the energy advantage can allow it to get to a second Icy Wind even against the Shadow variant of Aerodactyl.

Articuno would be extremely dominant if only it didn’t have a double weakness to Rock. As long as it manages to avoid any Aerodactyl (and Steel Wing Skarmory), it can hard counter Altaria, generally beat Mantine and go toe to toe with Electrics. You can even save on the second charged move, as Icy Wind does most of the work by itself. Ancient Power is only important in the mirror, while the higher damage of Ice Beam or Hurricane may come in handy to close out games from time to time.

Togekiss functions similarly to Articuno. It does a bit worse against Mantine, but it doesn’t lose nearly as hard to Aerodactyl. The heavy damage from Charm usually brings it down to single digit HP.

Gligar and Gliscor have fantastic typing for this Cup on paper, as they only take neutral damage from Rock and they resist Electric. However, their fast moves are resisted by both types and Night Slash doesn’t hit hard enough to make them functional counters to Aerodactyl or Zapdos. They only win the 1-shield scenario against the former and the 2-shield against the Shadow variant of the latter, also losing to Mantine, Altaria and Skarmory along the way.

Gyarados can fill different roles depending on the fast move. With Waterfall it’s mainly an inferior Mantine: it can narrowly lose to Aerodactyl depending on Shadow boosts and IVs, and it gets walled by Altaria. With Dragon Breath it beats Mantine itself and has a chance against Altaria, but completely gives up the Aerodactyl matchup. Gyarados’ most interesting feat compared to Mantine is probably being capable of taking down Zapdos with 2 shields, regardless of fast move. It’s still better than the other Water/Flying-types, Pelipper and Swanna, which straight up lose to Aerodactyl even if running Water Gun.

Dragonite is a more offensive version of Altaria, which it generally loses to. It also does worse against Aerodactyl, Skarmory and has to rely more on shields to take down the Electrics, not being able to take the neutral hits too well. The key advantage over Altaria comes with the Shadow variant in the matchup against Mantine, as it doesn’t leave it time to get to one Bubble Beam and one Ice Beam.

Mandibuzz is really bulky. That’s pretty much the best thing about it. However, compared to other Flying tanks such as Noctowl and Lugia, the unresisted Dark damage gives Mandi an edge against Aerodactyl, which it can even beat in the 1-shield scenario! It also doesn’t lose terribly to the Electric-types, Mantine or Altaria. If you’re short on Vullaby candies, know that Mandibuzz doesn’t really need a second charged move. 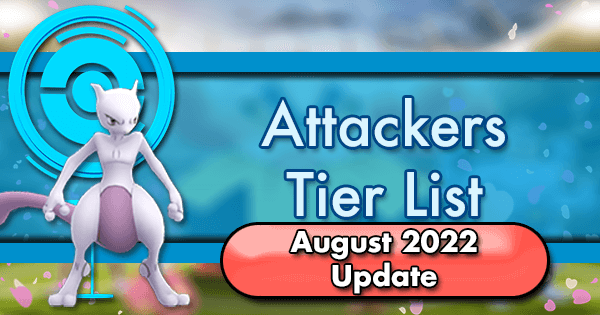