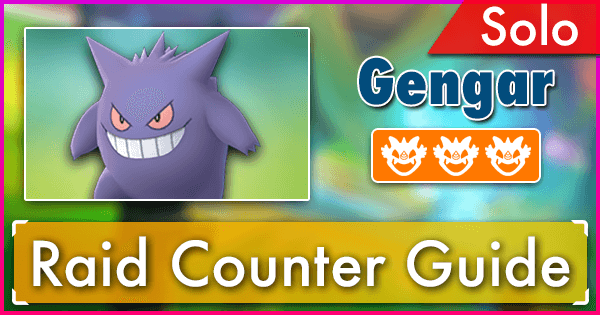 Gengar bears many similarities to Machamp, including low defense and some of the same weaknesses to the highest DPS attackers in the game. Depending on moveset, Gengar is strongly countered by either Tyranitar or Psychic-types and Gengar itself. Time shouldn’t be a constraining factor in this fight.

What complicates Gengar is its high attack stat that is complemented by hard-hitting charge moves. Many of Gengar’s best counters are also weak to it in some way, making dodging paramount to success. This isn’t too difficult vs. Shadow Ball and Focus Blast, which have dodge windows that can be seen coming from a mile away. Sludge Bomb is trickier to dodge but less threatening overall.