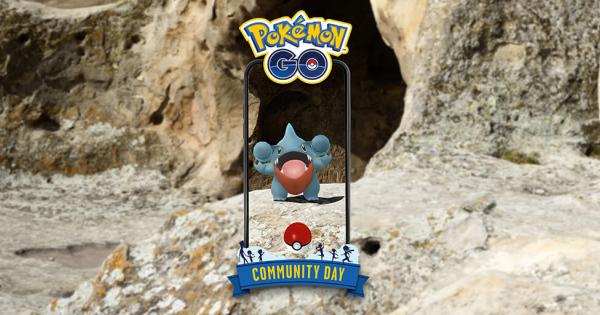 Not long ago, Swablu Community Day was enjoyed by many Pokemon Go players across the globe. From the frenzy for a bright yellow shiny, to the modest hype over the reports that Mega Altaria is actually a viable raid Pokemon, this was supposed to be the cotton bird's big day. 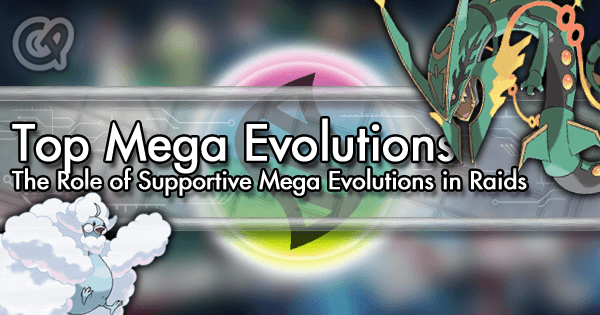 However, the excitement for this event was somewhat overshadowed. Taking to their Twitter account, Niantic let the world know that our wait was almost over. A Pokemon that has been impatient for its time in the spotlight was coming, and its time was going to be big! That's right: Gible was finally on its way to its own Community Day!

And now we finally have information on this Community Day. Hop on the hype train, ladies and gentlemen! It's time for the rise of Garchomp!

So what exactly makes this Community Day worth partaking in? Let's break down Garchomp and what we can expect moving forward.

Garchomp has long been one of the best Ground Types in the game, and the addition of Earth Power to its moveset is a definite improvement. But how much of an improvement? Marginal, truth be told. It provides a small DPS/TDO boost, but its main advantage is its reliability. Instead of rushing to get off one last Earthquake before it drops, Garchomp now has more wiggle room thanks to the substantially cheaper Earth Power. 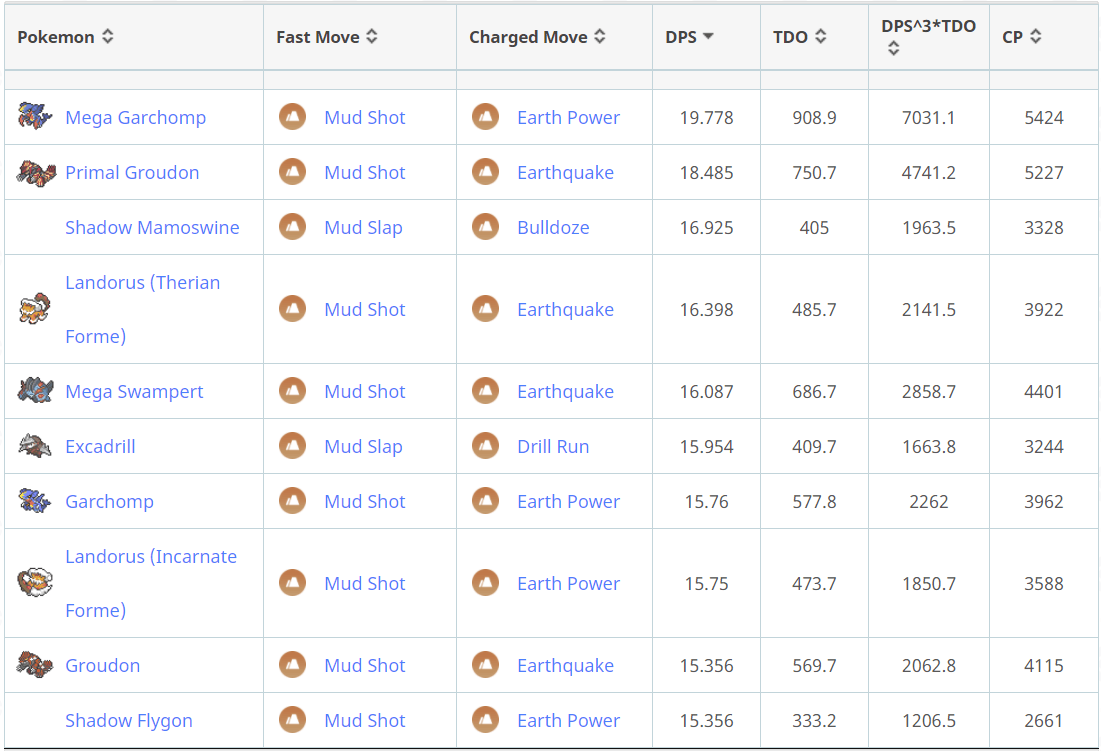 This helps out its overall performance to a great degree. While it's still slightly behind Excadrill when vying for the crown of top DPS non-Shadow/non-Legendary Ground Type, its substantially higher TDO more than makes up for it. And speaking of TDO: Garchomp is one of the absolute top counters to Electric Types thanks to its unprecedented 3x Electric Type resistance, a trait shared by few Pokemon in the game.

Earth Power has less raw damage than Earthquake, but it is far easier to toss out, especially when combined with the high energy gains of Mud Shot. While arguments can be made in favor of other moves over Earth Power, such as the previously mentioned Earthquake, its ease of use, solid base power, and pervasive effectiveness profile will likely make it a very competitive option wherever Garchomp joins the PvP scene.

Think that Garchomp is impressive now? Take another look at the Ground Type data above and glance at the top performer.

Yes, Mega Garchomp is coming, and it's prepared to blow everything else in the game out of the water. We do not know when this monster will hit the scene, but wouldn't it be best to farm down a high-IV Garchomp now so that you're ready to summon this megalodon of the land when it arrives? For me, it definitely is.

We’ve got some news we think you’ll gobble right up. At long last, Gible, the Land Shark Pokémon, will be featured in a Community Day event this June!