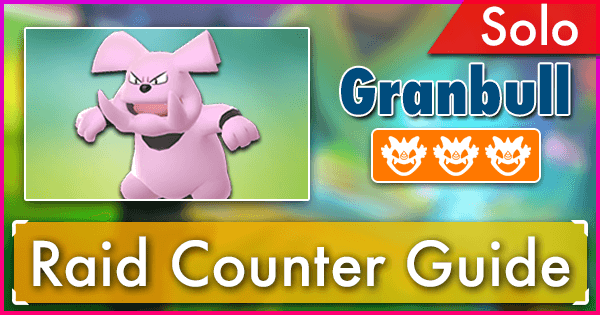 Granbull claims the title of lowest defense of a tier 3 boss from Porygon. So that means that it’s a pushover, right? Not so fast. Granbull has arguably the best defensive type in GO, with only 2 weaknesses (Steel, Poison) and resistances to some top offensive types (Dragon, Fighting).

A few of Granbull's top counters are either Legendaries or Community Day Pokemon, which can make this boss tricky for newer players.That said, a few others are common and have genuine utility outside of this raid.