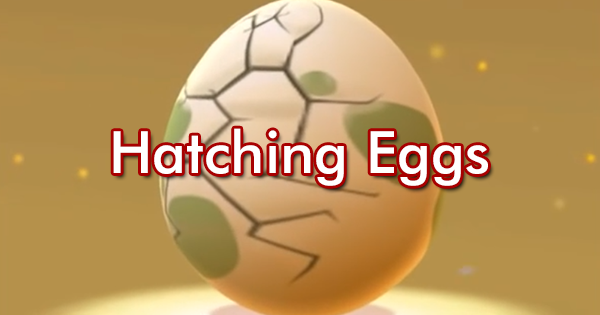 Eggs (not Lucky Eggs) are acquired from spinning PokéStops or Gyms, and are hatched to produce Pokemon. Eggs are listed separate from Items and Pokemon (but they DO count against your Pokemon storage total and appear in the right tab of the Pokémon storage).

Eggs come in 2Km, 5Km, or 10Km varieties, and the pool of available Pokemon for each type tends to change over time. In general, more common Pokemon tend to be found in 2Km and 5Km eggs, while 10Km eggs tend to have rarer (and often non-nesting) Pokemon (Niantic has had events where 2Km eggs spawned special Pokemon to prompt more walking and incubating during certain events). Even within egg distance-types, there tend to be distributions of the possible Pokemon, where some Pokemon are rarer hatches than others.

Everyone starts the game with one Egg Incubator ∞, which is colored orange. It may be used to hatch as many eggs as desired. Each incubator can only hold one egg at a time, though, which cannot be unslotted.

Egg-hatching distance must be walked while the game is active or minimized/lock screened when using GO+, or the distance will not count. This is based on GPS-measured distance and not on number of steps like a pedometer.