It's time for yet another installment of  Hidden Potential, where we take a look at a Pokemon that currently has limited or no use and see what it would take to actually fix them in the PvE and PvP metas. This time around we've had to dig pretty deep, outright excavating this fossil of a Pokemon from Generation Five. A Pokemon that was low-key hyped up for generations leading up to its release, followed by suddenly falling off into oblivion the moment that its moveset was revealed. Today, we're going to be attempting to revive the fossil Pokemon Archeops!

To start with, let's set some ground rules for how we're going to go about theorycrafting our target Pokemon:

With that out of the way, let's get to it!

Archeops is a sad, sad Pokemon. Leading up to Generation 5, it was one of the Pokemon that was generally hyped up due to its tremendous potential. Its attack stat is second only to Rampardos as a Rock Type attacker, and second to none as a Flying Type attacker. However, everyone theorycrafting this prehistoric Pokemon always had one word in the back of their minds when it came time to talk about how likely its potentially lofty place in the meta:

In the main series, Archeops has one single ability, and it’s called Defeatist. It drops Archeops’ offensive stats by half after it’s been damaged enough. So where have we seen a Pokemon with a similar ability….? Slaking. Slaking’s implementation was praised because of how true it was to its Truant ability, which only lets it attack half as often as other Pokemon (Yes, Regigigas is a similar case, but it was already in a fairly precarious position to begin with). For this reason, we all knew that poor Archeops likely had a cruel fate in store.

And then it dropped and its moveset is garbage!

Literally the only issue with Archeops is its moveset. Its only “good” move is Wing Attack, but even then it doesn’t have a Flying Type charged move to its name.

It would be so easy to fix Archeops!

To begin with, let’s check out the top members of Archeops’ competition: Flying and Rock Type attackers. Note that the numbers shown here are against neutral targets.

Next, here are the best Flying Types:

And here is what Archeops rightfully should be:

It has the potential to rival Shadow Moltres as a Flying Type attacker, and to rival Rampardos as a Rock Type attacker. It could be an amazing attacker with role compression of having outstanding performance in both of its types. It’s hard to deny the fact that Archeops has the potential to be one of the top Pokemon in the game, but let’s take it even farther! Since we already have the precedent of fossil Pokemon as Shadow Pokemon, here’s Shadow Archeops!

While not likely, this outcome is definitely possible! All that we need is a moveset that fixes Archeops and to have it added as a Shadow Pokemon to become an absolute monster. To put those numbers into context, here are the Pokemon with the top neutral DPS in the game, including all available movesets:

Yes, Shadow Archeops rivals Shadow Mewtwo, and is second only to it plus Mewtwo’s Mega Evolutions.

We now know exactly why Archeops is a defeatist: it’s literally held back only by itself (and Niantic)! 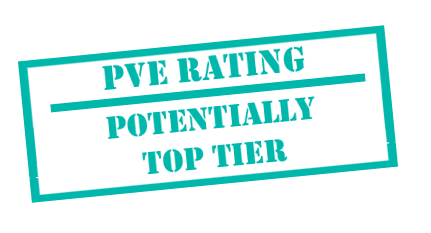 Honestly not much, right now, for a couple reasons. Notably, Archeops is over 1500 CP at hatch level, and the only way to get one under that is from the Legacy Level 40 research.

Archeops is a hyper-glassy (on par with Haunter) spammy Rock/Flying type, throwing out Dragon Claws and Crunches to apply a lot of offensive pressure.

Currently, its optimal moveset is Wing Attack + Dragon Claw and Crunch. That’s because its other move options are Steel Wing on the Fast front, and Ancient Power for Charged. Those are both bad, so we can just write them off.

It’s really, really glassy, and its defensive typing is super underwhelming. Its low bulk combined with a lack of hard-hitting or STAB charged moves prevent it from realistically handling any neutral matchups. It certainly doesn’t help that the niche of “Flying Type” is heavily overcrowded in Great League, forcing Archeops to compete with top tier threats like Skarmory and Altaria, and it has no way to touch Azumarill for even neutral damage.

So Haunter is an incredibly strong Great League threat despite its almost nonexistent bulk, but Archeops isn’t. To figure out how to improve Archeops, we first need to discuss why Haunter works. There are a couple reasons:

Shadow Claw is a fantastic move. With 3 Damage Per Turn, and 4 Energy Per Turn, it allows Haunter to apply consistent fast move chip all the time, while also being able to drop charged moves regularly to apply even more damage.

Finally, charged moves. Running Shadow Punch lets Haunter bait incredibly effectively, but only because it has Shadow Ball or Sludge Bomb in the back. If you don’t shield because you think it’s a Shadow Punch, you risk losing 80+% of your health to a Shadow Ball. This allows Haunter to either threaten shields, or, if they’re down, close out battles in one move.

Starting with typing. As a Rock/Flying-type, Archeops is weak to Electric, Ice, Rock, Steel, and Water. It resists Bug, Fire, Flying, Ground, Normal, and Poison. You definitely see more of the weaknesses than the resistances. The only relevant Flying fast move pressure exists on Air Slash Skarmory and Tropius, and Wing Attack Pelipper. Ground is mostly Mud Shot. Fire is just Alolan Marowak’s Fire Spin. Normal, Poison, and Bug fast moves just don’t exist. Even as a Flying-type, the Rock secondary typing causes you to take neutral damage from Grass moves, making it difficult to counter the things you’d otherwise expect a Flying-type to beat.

Wing Attack’s 2.5 DPT/3.5 EPT statline is solid enough on Pokémon like Noctowl, Golbat, and Mantine that have the bulk to take their time and steadily land charged moves. Archeops doesn’t have that luxury. With low bulk, you need more than that.

Archeops also lacks nukes. Dragon Claw is a perfectly solid move on something like Giratina or Dragonite, where you can make use of the Super Effective multiplier to tack on extra damage. Crunch is similar: not the most hard-hitting, but fairly consistent. But with both of those combined, you can’t deal quite enough damage to close out games.

Well, we can’t do anything about the typing. Or the bulk. But we can switch up the movepool.

There are two directions we could take this: fast move pressure, or charged move spam.

If we give Archeops Smack Down, then, it uh...gets worse. Smack Down Archeops overall performs like Shadow Aerodactyl, but...worse. You do pick up the ability to beat Galvantula and Skarmory, but that’s about it. You can’t even take down Altaria. This is a bit of a dead end.

So let’s look at other options. Rock Slide and Sky Attack are great moves, and Archeops can learn both of them!

...bad news though. That also kinda sucks. Running Wing Attack + Rock Slide and Sky Attack, Archeops can barely beat anything. Dragon Claw + Sky Attack doesn’t help much either. Dragon Claw + Rock Slide is alright, but still not at the point that we’d consider particularly good. That means that Archeops is gonna need more help than its currently existing movepool can give it.

Well, Shadow Claw is good. Why not just do that, but Flying-type? By creating a custom move, Acrobatics, as a 3 DPT/4 EPT 2-turn Flying-type fast move, we can actually kick Archeops into being...almost a real Pokémon. Now, you’re able to beat Air Slash Tropius, Venusaur, Meganium, Jellicent, Altaria, Sableye, and even Deoxys-Defense (though it’s close)! You do lose to Razor Leaf Tropius and Shadow Victreebel, and a number of the super bulky Pokémon in the format.

But we can go a step further. Let’s let it keep Dragon Claw, then pair that with either Rock Slide or Sky Attack. This gives Archeops its best winrate so far! Not only can it suddenly beat things like Shiftry, Vigoroth, Alolan Marowak, and Medicham, but it can also handle Razor Leaf Tropius! Rock Slide lets it handle Altaria, Mandibuzz, and Mantine. Sky Attack lets it beat Whiscash and Ferrothorn.

To be clear: Archeops, even after all this, is still probably just worse than a lot of the other Flying-types in the format. But at the very least, it’s significantly more powerful than it was before, and might even be worth using? 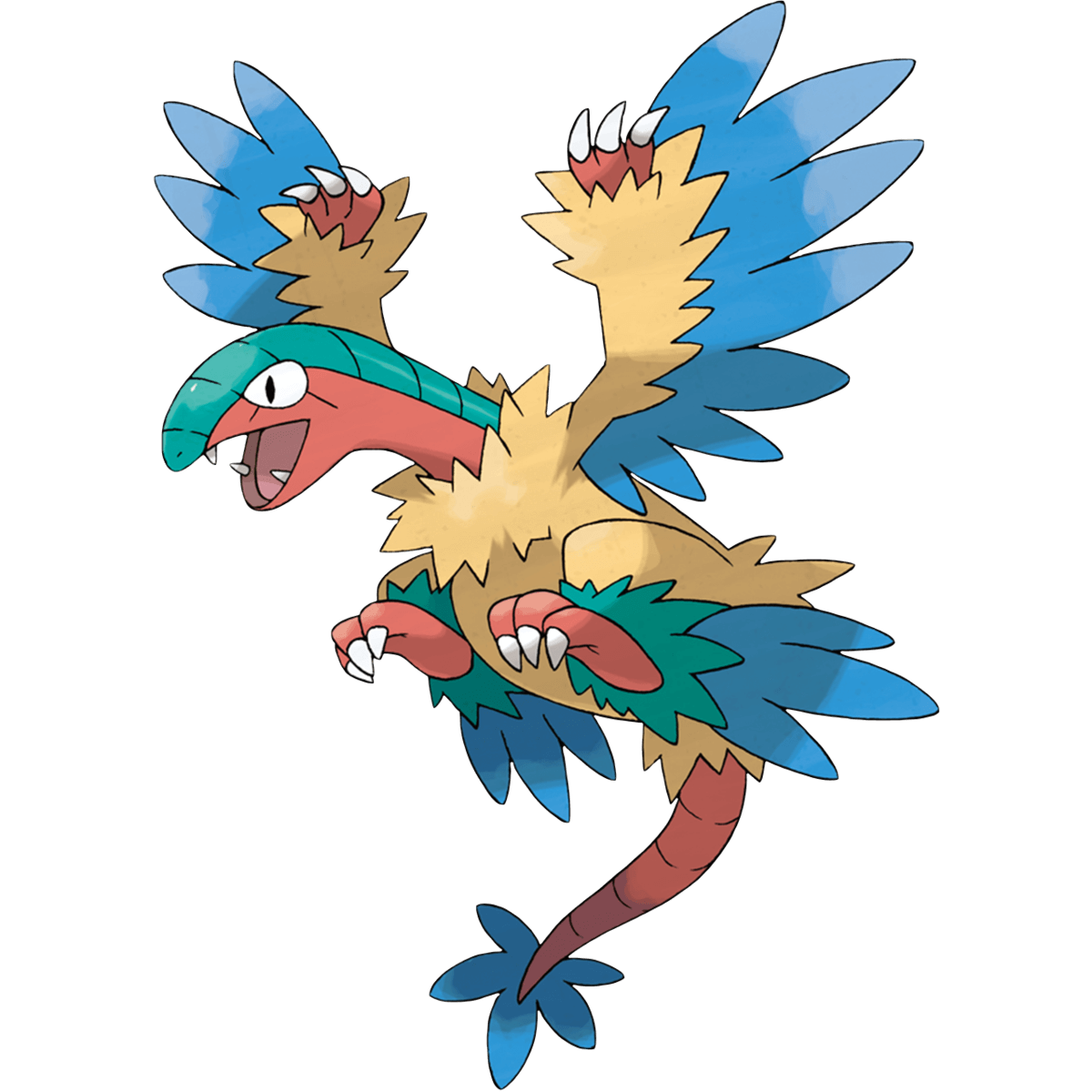 In the end, Archeops is a bit of a lop-sided Pokemon. Its PvP performance potential is lackluster at best, while its potential as a raider is among the top non Mega/Shadow Pokemon in the entire game. But, again, poor Archeops was defeated before it ever took the field. We haven't seen a single fossil Pokemon get a Community Day, and we haven't seen a Research Breakthrough Pokemon with an exclusive move in some time, so these avenues are not very promising for the future of Archeops. However, we have been enjoying moveset shake-ups with every season of Go Battle League, so perhaps a bright future isn't entirely a dream for our archaeopteryx-based friend?

For now, all that we can do is hold onto any good Archen that we happen to obtain and just hope for the best. 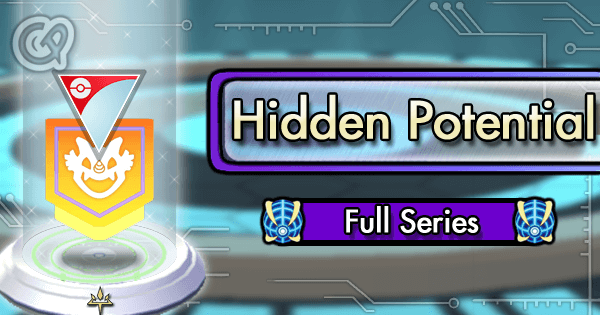 Thoughts/opinions on the global raid challenge?
Such as did the bonus cause you to do more raids to help with the bonus? If not…
Do you have any favorite "Revenge" wins
So I’m defining a revenge win as a pokemon that beats a pokemon that “Always” walls…
Teams that work about the same in Great League and Great League Remix
I cant be the only person who accidently enters Great League instead of Great League…
When it comes to the higher ranks of GBL, are there any leagues you find easier?
Personally I find master league classic to be the easiest when I get to the higher…
What should my Mew move set be?
I’m newer to the game so I’m not too familiar with the meta at each level yet. I…
Read More