How Raid Boss CP is Calculated 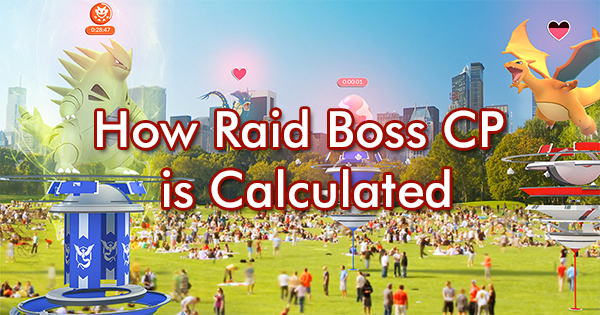 Raid bosses have sometimes seemed to have an arbitrary CP level. However, it appears that a formula has been created that explains the relationship between raid boss CP and raid level. Reddit user u/haxxxxah surmised that raid bosses use perfect IV and normal base stats, except for Stamina.

Stamina levels are as such, determined by raid level:

CP is then calculated using this formula:

The final number is rounded down, and then you have the raid bosses' CP. The formula uses base attack stat, base defense, and newly discovered raid stamina. This formula has been confirmed by all current raid bosses, including the Japan-exclusive raid bosses released during the Yokohama event.

With this formula, we can predict what any Pokemon's CP would be if it were a raid boss, depending on raid level.