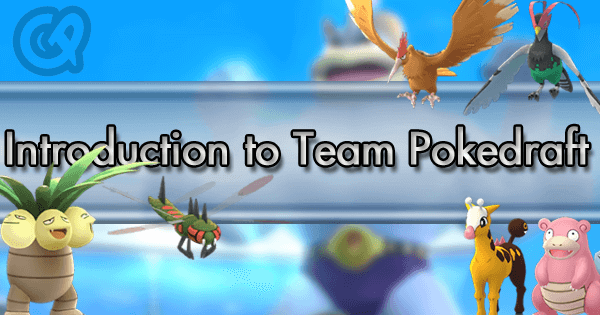 For the past year and a half, the PokeDraft format has given trainers the opportunity to compete with others by drafting rosters of Pokemon and completing randomly selected tier 3 solos with unique six teams built from their rosters. In this format, roster construction is paramount, and participants frequently find their top choices taken off the board before they have a chance to make their selection. But could such a competitive format work if players worked together to make their selections instead of spite-picking to prevent other teams from overstacking or gaining the desired coverage? 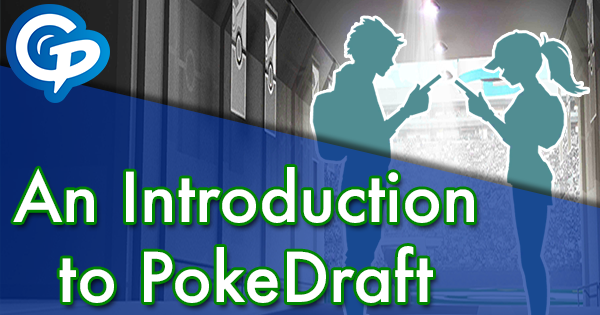 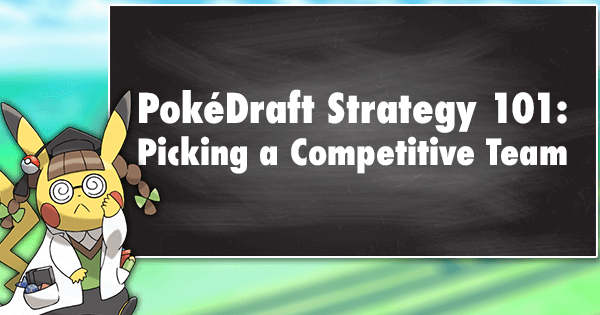 The broad idea, initially conceived by Bostonsnorlax during the draft portion of the seventh season of PoGoRaids PokeDraft back in August, is to have participants compete not against the other players in their division, but together with their division members against other divisions. Each division works collaboratively to form a roster for each player with no repeated Pokemon, with the goal of soloing tier 3 bosses faster than players in other divisions. Unlike standard PokeDraft, a season of team draft takes place during a single boss rotation, usually lasting about three weeks. Here are some of the details:

There are a few key differences to consider when constructing rosters with your team members. While coverage is important for PokeDraft rosters, in Team Draft you won’t need to be able to beat every boss; you’ll just need two people on your team to beat every boss! In this format, it’s better to pair up some of the top counters of a certain type together for a strong one-two punch that can achieve top DPS with minimal dodging. Ideally, when roster selection is done, for every Pokemon, you’ll be able to point to the two to three members of your division who should be going after that boss, and the weather they’ll want most for the fight. Of course, you’ll have to work within your resources. With smaller rosters and fewer players, you probably won’t need to scrape the bottom of the barrel as much as in standard draft, but your teammates will be able to cover any gaps and prevent you from having to max too many things.

A major factor in standard draft is the availability of different weather conditions in a player’s locale. The 20% boost is huge, and if you’re playing with others from across the world, you’re at a huge disadvantage if you can’t find wind for your Machamp raid. While this is less important for local leagues, this is definitely something that you’ll want to take into consideration if you’re playing with people who are likely to see the most useful weather conditions -- the Mewtwo user in your division should be able to find wind, and your Gengar user should be the most likely to find fog. In a global league like the one run over at PoGoRaids, it’s beneficial to have four players from different areas that see different weather conditions: a team comprised of players from Casablanca, D.C., Amsterdam, and Boston will be able to cover a lot of different possibilities with the 20% boost.

Sign-ups happened during the Cobalion boss rotation, and by the time teams were formed, participants knew that Terrakion would be the tier 5 boss and that it would likely bring along tier 3 bosses that would function as counters to Fighting or Rock. A wide variety of tier 3s fit these criteria, making it important to cover a lot of different types with the four teams (though ultimately, the selected bosses were Alakazam, Alolan Raichu, and Skarmory).

For the inaugural Team Draft at PoGoRaids, we had a total of 72 sign-ups, making for 18 divisions. Of the total 432 Pokemon drafted, there were 55 distinct picks, with only 5 different Pokemon selected by each of the 18 divisions, and 8 different Pokemon selected by only one team each. All of the rosters and statistics can be found in the Team Draft Sheet, but we’ll summarize some of it here.

While a healthy variety was represented across the divisions, the Pokemon most often selected were not just generally good, but counter key types with super effective matchups against Terrakion. These picks would likely look much different with a different upcoming legendary boss -- Machamp would probably be a near-unanimous pick if participants were expecting Umbreon to appear.

Another interesting note is the relative infrequency of Deoxys picks -- both Normal and Attack Forme Deoxys were chosen just twice. With enormous DPS in their roles but minimal TDO, most teams probably felt that they were not worth a spot on a six-Pokemon roster. While bulk doesn’t have the same premium here as it does in standard draft due to type stacking, extreme cases such as these are considered risky and frequently avoided.

Across the 18 divisions, a few pairs of Pokemon stand out for appearing frequently on the same rosters. Frequently with similar typings, this provides some insight into the way teams construct their rosters; in particular, the top two DPS Fire-types were frequently lumped together, as were the top two DPS Electric-types.

Here we’ll take a look at a couple of divisions and consider their situation with the selected bosses of Alakazam, Alolan Raichu, and Skarmory.

It’s pretty clear looking at these rosters which players are expecting which weather conditions. Unfortunately, the triple Fire team of Blaziken, Chandelure, and Moltres also contains Darkrai and Excadrill and is needed to cover both Alakazam and Alolan Raichu. Since EricCartman can only submit two times, this leaves a weaker team of Magnezone and Zapdos to take care of Skarmory, which is pretty unfortunate and will likely cost the team a few points on this boss.

Let’s look at another division where things aren’t quite as cut-and-dry:

It’s clear David and McShinyBalls will be the two Alakazam fighters, and that BostonSnorlax will have to go up against Skarmory, since his team isn’t equipped to battle Alolan Raichu. Past that, this division has some options. All of the other three players have legitimate Skarmory teams, but David will probably go for Alolan Raichu instead. It may come down to who gets fog.

If you’ve enjoyed the standard PokeDraft format or have ever wanted to try out some raid challenges with a few friends, this format provides a great opportunity to test some roster constructions you might not get to use normally. It’s a bit less intensive than standard PokeDraft since you’ll likely only be going after one or two bosses and your division will be using only 24 Pokemon instead of 100, and so it’s an easier format to play if you’re on a stardust budget or just want to use what you already have. While it’s certainly not phantom-proof, you will probably find yourself dodging less and enjoying the raids more, and it gives you a chance to work cooperatively with friends while still participating in the team construction phase that many people find the most interesting part of the draft experience.

If you’d like to participate, consider setting up a local league! It only takes eight people to have a two-division competition as outlined above, and can be a fun way to get your friends interested in competitive and strategic raiding. You can also check out the PoGoRaids Reddit and Discord server, where details for upcoming competitions will be announced and open to all trainers.