This is it, folks! The majority of the time that we've spent over the past few months getting nothing more than glimpses and clues for different updates are finally coming to fruition.... all at the same time! Niantic has dropped a bombshell on us, and Pokemon Go is going to change forever. It's time to get ready for our first named update: GO Beyond! 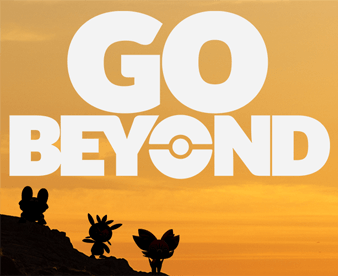 Go Beyond is a huge, far-reaching update to Pokemon Go that encompasses much of the gameplay that we have available today. However, its core changes can be largely condensed into three major categories.

You can read Niantic's official post on this information here 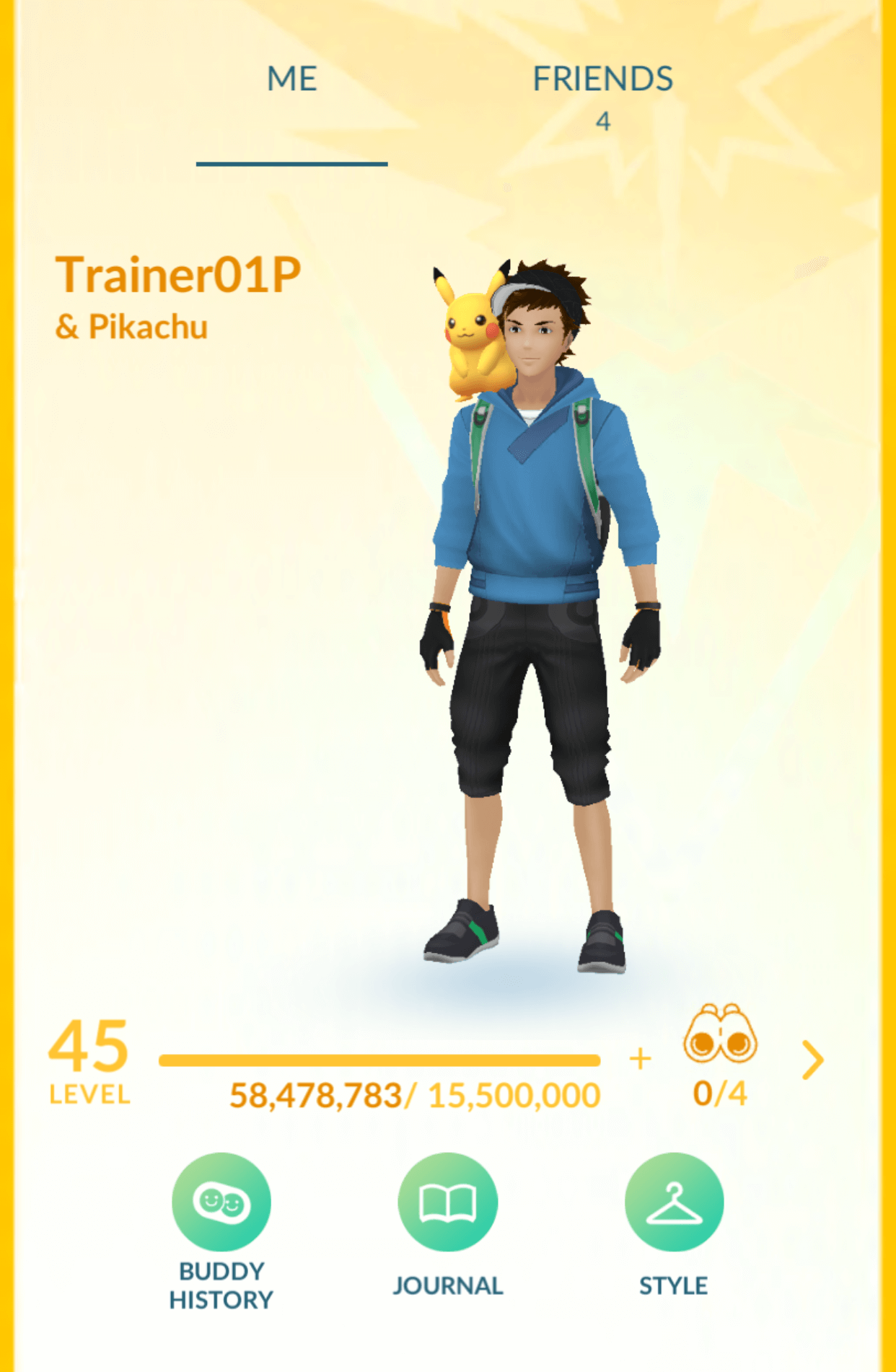 Soon, level 40 will no longer be a limitation for players as it has been since 2016. Players will be able to achieve levels beyond this, but experience alone will not completely fill the role if you want to reach the new cap of Level 50!

Instead of simply reaching an experience milestone in order to level up, players will be required to obtain a specific amount of experience and complete a unique set of tasks in order to achieve the next milestone. Niantic has stated that they want to challenge us with these tasks, and that they will be tailored towards high level play.

How many times have you obtained the total experience needed to reach Lv.40? This experience is not wasted, as players will be able to use this experience and be left with nothing but the research needed to climb to the next level. We don't yet have the full list, but promotional material suggests that reaching Lv.45 will only take 15,500,000 XP, so this may not be terribly demanding relatively speaking if these numbers don't change.

Pokemon Will Also Go Beyond Lv.40 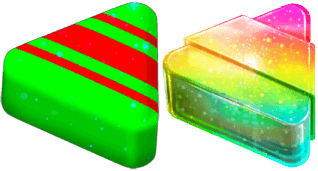 XL Candy is a new resource that will be required for raising a Pokemon above Lv.40. It will be obtainable by catching Pokemon, through events (and possibly raids as XL Rare Candy), and existing candy will be tradable for XL candy. We don't yet know the exchange rate for this.

So what's the issue with this? Well, it can be broken down into level-up cost and the problem with the CP gap.....

It costs a small fortune in stardust and candy to max a Pokemon out, and now we have to worry about managing XL candy, and it's very likely that this will also take an even larger pool of Stardust. It's very plausible to think that taking a Pokemon from Lv.20-Lv.50 could cost 500,000 Stardust or more. Note that these numbers are pure speculation, but they don't seem terribly off.

A Pokemon's CP is a representation of its stat total, and that stat total is based on its stats from the main series. Right now, a Pokemon actually has access to about 79% (0.7903) of the stats of the model that it's based on. We know from datamined information that the CP multiplier for Lv.45 is about 81.5% (0.81529999), which is about a 2.5% increase. If we follow these numbers, then Lv.50 could represent a 5% increase over what we have now. And because these numbers are based on a percent of the model derived from the stats of a given Main Series Pokemon, high-CP Pokemon will gain more stats from this system than low-CP Pokemon. This will weight raids and Master League gameplay even farther in the favor of Pokemon with titanic base stats, and cause many fringe Pokemon to fall by the wayside. Speaking of the Master League: Pokemon brought above Lv.40 via the new level up system will not be able to participate in the Go Battle League Master League until further notice!

Please note that the numbers beyond Lv.41 mentioned above could change at a moment's notice before the system is released, but it is definitely worth considering. On the bright side, this may also make more low-CP Pokemon viable for the Great and Ultra Leagues!

Changes to Experience Gains are Coming

Niantic plans to rebalance XP gains in the near future, and will be tasking Lv.40 players in Australia with testing them out. Some sources of XP may even be double what they are currently!

And on top of that, starting today, players will be able to enjoy 2x Catch EXP until the end of the year!

Are you currently lv.40, or do you plan on hitting this milestone before the end of the year? If so, then Niantic has a few tokens for you!

First up: players that reach Lv.40 before the end of the year can look forward to a special medal that will commemorate the achievement.

Second: do you remember the classic Magikarp hat? Yeah, well.... it's evolving! 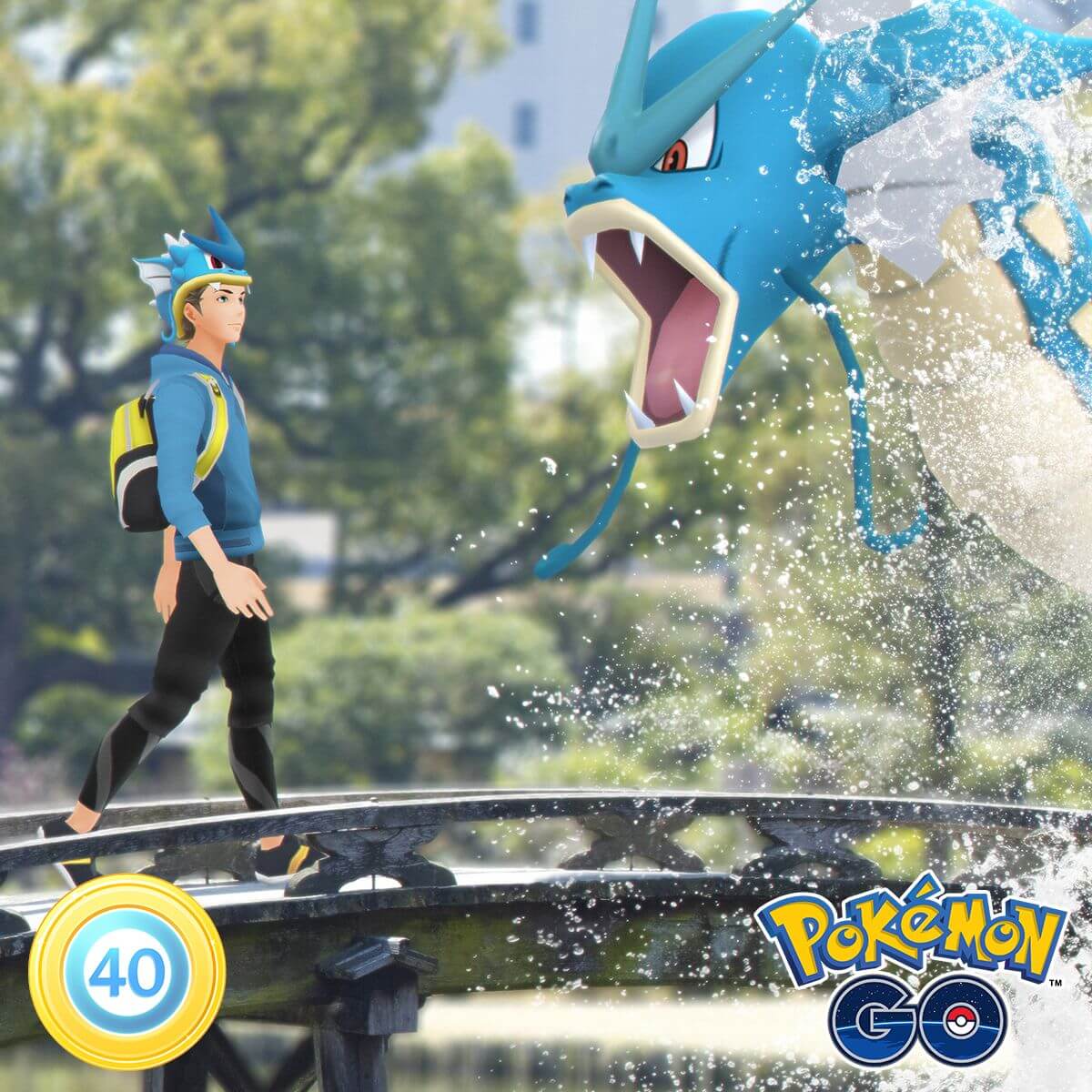 Players who achieve Lv.40 before 2021 will be given a limited-run Gyarados hat. Overall, a pretty fun little token!

The Next Generation Arrives: Kalos in Pokemon Go

Kalos of main series Generation 6 fame is the region where Mega Evolution started, and now we're on the cusp of walking into this whole new world of Pokemon!

Starting on December 2, Kalos will come to life in Pokemon Go with a special selection of Pokemon for us to search for and catch!

Please note that Klefki is set to be an exclusive Pokemon to France; the country that Kalos is loosely based on.

From December 2nd, the day that Kalos drops, until December 8th, Pokemon originally found in Kalos will appear in the wild more frequently. Remember to save those starters for then they get their special moves!

So we also have confirmation of an interesting Tier 1 raid egg that will be featured on Niantic's social media in the near future that "may need help" hatching. It's hard to say what this may be, but it should be interesting to see!

No, not seasons as in seasons of the Go Battle League. We'll get into that soon enough!

Pokemon Go is soon going to be able to enjoy seasonal changes! As time passes, we will be able to enjoy a change of season in-game that brings with it a host of different changes to the gameplay experience. Each season will last for three months, and bring with it a plethora of events.

Each season will be based on a season, with that season being based on your hemisphere. For example: to begin this system, Winter Pokemon like many Ice Types will begin appearing more frequently in the wild for the northern hemisphere, while Summer Pokemon like Fire Types will appear more frequently in the southern hemisphere. We also have confirmation that this system will be used to determine the forme of Deerling that's appearing in the world at a given time.

Overall, this could be a very interesting system, especially as our active Pokedex slowly reaches past 700.

Many of the events that take place within a given season will be connected to that season in one way or another, following a cohesive narrative for players to enjoy. For example: the first seasonal event that we will be able to partake in is the Season of Celebration.

This event will take place starting on December 1st, and will feature an emphasis on exploring the different regions of the Pokemon world as we dive into Kalos for the very first time.

It seems that mega evolution raids are going to go into a seasonal cycle moving forward. And in order to complement this, Mega Pokemon are going to be receiving seasonal CP-boosts!

Specific mega Evolutions will soon be able to enjoy CP boosts if they are used during a season that is advantageous to them in one way or another. While Mega Evolutions are already extremely powerful, this change could make them downright oppressive in the near future.

Basically, our traditional format, but run twice consecutively in each season. Note that Pokemon raised above Lv.40 will not be able to join the Master League until further notice!

Gone are the days of 10 ranks: players will now be able to forge their way through a total of 24 unique ranks in each season.

To kick ALL of this off, Niantic has announced that starting today, a new event titled the 12 Days of Friendship is starting!

This is... a lot to take in. Please expect articles dealing with several of the announced updates from Gamepress in the near future, but also note that it may take a bit as we don't currently have specific numbers on many of these systems, meaning we have speculation at best.

While the system definitely has a few kinks that Niantic will hopefully iron out as time moves on, we're hopeful that this will give many of us a reason to play again, as well as draw in new and returning players who want to see what this GO Beyond update is all about!