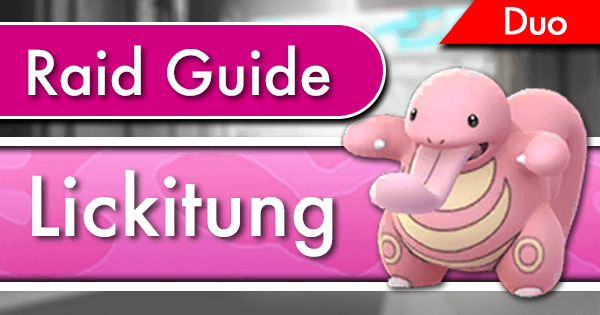 On February 15th, 2020, Lickitung will be available as a special Tier 4 raid boss with a special move: Bodyslam. While normally a Tier 3 when it enters the raid scene, this will mark the first time that Lickitung has gone any farther than that.

In Tier 3, Lickitung is nothing special. As a Tier 4, it's no longer possible to actually solo. That said, it's not a hard raid in general. Lickitung also has it rough, as most players already have a team of Machamp ready, Conkeldurr was recently released, and Lucario just received Aura Sphere recently. This poor tongue-lizard is going to need some bruise treatment.

This version of Lickitung has not been available since its initial raid day, and this guide reflects the game at that time. In the event that Lickitung returns to Tier 4 for any reason, this guide will be updated to reflect updates to the game at the time.

NOTE: these are just the top counters, several others hit Duo-level DPS.