Magikarp and the Future of Event Pokemon

Our Community Day for August has been announced, and it's surprisingly close!

Coming on August 8th, we can look forward to a Community Day featuring everyone's favorite splashing Pokemon; Magikarp. While an uninteresting choice to some, this has a few interesting implications that many may have missed:

In particular, the third item on this list is very interesting. With Mega Evolutions confirmed to drop later this year, Niantic seems to be turning towards the Pokemon that can obtain these special formes, quite possibly to prepare us for their imminent arrival. And that's what we're going to focus on today. To start with, let's take a look back to a few of our most recent Community Days: 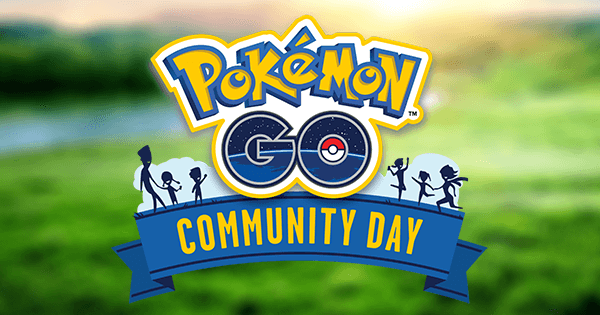 We've had Gengar, Beedrill, and now Gyarados just in recent memory. While the previous two were voted for by the community, it does seem to point towards a trend of Pokemon with Mega Evolutions getting their own community days. Also on this list of Community Day Pokemon that can Mega Evolve are Alakazam, Gardevoir, Gallade, Swampert, Blaziken, Salamence, Sceptile, Metagross, Blastoise, Tyranitar, Charizard, Ampharos, and Venusaur.

Based on this, we may very well see even more Mega Evolution capable Pokemon featured in events in the near or semi-near future. When it comes to Community Days, that list includes Scizor, Houndoom, Aggron, Medicham, Manectric, Banette, Garchomp, Pidgeot, Abomasnow, Slowbro, Steelix, Sharpedo, Camerupt, Altaria, Glalie, and Lopunny

For many of us, the first real confirmation of Mega Evolution came in the early days of the Community Day system, when Ampharos was given Dragon Pulse. For those who are not familiar, Ampharos goes from Electric to Electric/Dragon on Mega Evolution, making Dragon Pulse a particularly appropriate move for our favorite lighthouse Pokemon.

If we are correct and this is a rising/continuing trend within Pokemon Go, then these are all very likely candidates for future Community Days, especially as the introduction of the system and all that it entails draw near. That said, some of you may have noticed that between the list of confirmed Community Days and the list of yet-to-be-confirmed Mega Evolution community days, our total list is far from comprehensive. This is because a number of Mega Evolution capable Pokemon are actually very unlikely for future Community Days for one reason or another.

Community Day candidates have always shared three basic features that are relevant to the subject at hand:

Following those three rules, we can rule out the following Pokemon from our Mega Evolution Community Day list. Any/all of these Pokemon could very well be featured in special events, but we can be fairly sure that these events won't be Community Days. At least not as we've seen up to this point.

Single-stage evolution, Mythical Pokemon, generation of origin is not yet available

Pre-evolution is a Baby Pokemon: egg-exclusive

If these Pokemon are featured in events, then it will obviously make them far more obtainable to the majority of the Pokemon Community. However, if special Elite Moves are added, this could be an issue, especially for single-form Pokemon that likely will require an Elite TM to obtain special moves on existing specimens.

It's generally a bit hard to predict Community Day/Event moves, though we can follow some precedent to work out some likely candidates. Previous Mega Evolution capable Pokemon have generally seen at least some hint of the following in their Elite moves:

Note that these are not absolutes: Beedrill did not learn Twineedle, Alakazam did not learn Kinesis, and Gyarados it not learning a new Dark Type move (though this is likely due to the fact that it already has a full Dark move set at its disposal). However, we can follow this logic to make a few educated guesses.

We know from Blastoise being on the Community Day ballot with Aura Sphere that Pokemon can return, and Charizard is possible. The reason that it's on this list is the fact that one of its two Mega Evolutions, Mega Charizard X, becomes Fire/Dragon type. As such, a Dragon Type move is possible. That said, it already learns Dragon Claw, so this may very well not be in the original Fire Starter's future.

It's already getting Aqua Tail and already has a full Dark Type moveset, but it does qualify for our list. Maybe it will get another Dark Type move some day to match its switch to Water/Dark?

Mewtwo is another Pokemon with two mega evolutions, and Mega Mewtwo X goes from Psychic to Psychic/Fighting Type. And while Mewtwo already has Focus Blast, adding a fighting Fast Move or a better Charged Move could make it hugely threatening.

Aggron is on our list for one special reason: it actually loses a type on mega evolution, going from Steel/Rock to pure Steel Type. If it gets a Community Day, it's very likely to be a Steel move... despite already having a steel moveset.

It's already had its community day, but it also has what was once its own signature move: a Bug Type attack called Twineedle. This move may very well materialize at some point in the future.

Much like Mega Charizard X, Mega Sceptile gains a Dragon sub-typing to become Grass/Dragon, making a Dragon Type move likely should it get any special treatment... though it already knows Dragon Claw.

We're already getting a 400-candy evolution in Gyarados, so Altaria is definitely a strong contender for a Community Day. This is especially true when you consider the fact that it goes from Dragon/Flying to Dragon/Fairy, making a Fairy Type move very likely.

Going from Normal to Normal/Fairy, Audino may see a Fairy Type move as part of an event in the future.

So What Does it All Mean?

For some, this is nothing more than fundamental theory crafting that doesn't say much. And I'll fully admit to this fact; this entire article is based on pure speculation. However, it's also based on existing precedent and a kernel of truth. But what can we do about it?

Among these points, the second is particularly poignant for PvP players: Mega Evolutions are extremely likely to have a stat change on Evolution, which will change their CP totals. We don't know how this will interact with the Great/Ultra League CP caps, so it's best to hold off on spending stardust on these Pokemon until we know. That said, don't let FoMo (Fear of Missing Out) rule you to too great an extent. Events can return, we'll likely have more chances at these rare Pokemon, and even if we're not at the cutting edge of this new system when it drops, those of us who have a care when raising our Pokemon will eventually catch up.

The Shadow in the Room

So what about Shadow Pokemon? Well, if a Pokemon is capable of being both Shadow and Mega, then hang it up; they are potentially game breaking. However, it's probably best to not focus too heavily on Shadows when it comes to planning for the Mega Evolution system, as they will likely be incompatible in one way or another. By that same token, don't be afraid to get Aqua Tail by evolving that 100% Shadow Magikarp that you caught during Go Fest.

Knowledge is our best tool when it comes to preparing for future events. Know the list of Pokemon that can mega evolve, and think twice about evolving/raising them before you may need them. In this regard, it really is as simple as that. We have a theoretical road map of likely candidates for Community Days/Event, and a basic idea of what a few of them might receive in the future.

So how about now? Well, we don't know exactly what Mega Evolution will be yet, but we can start preparing for it! Figure out your goals, and start trying for them. For example; Dragon Week is coming up, so prehaps it's time to plan on incubating some 7k eggs for a good Mega Garchomp (assuming you're like me and didn't obtain a decent one for Go Fest)? Or maybe start mass-catching Swablu in hopes of finding a good Mega Altaria for PvP? We have opportunities to prepare on the near horizon, and will likely have even more beyond that. For now, let's just have fun and get ready, and let's all do our best to set the stage for our very own red Mega Gyarados in the near future!