It was announced in June 2020’s Pokemon Direct that Mega Evolutions will be arriving in Pokemon GO sometime in 2020. Of course, this has everyone questioning exactly how Megas will be implemented into Pokemon GO and just how powerful these Mega Pokemon will be in Raids and PvP. The article below details the advantages some Mega Evolutions may have in Master League PvP. Kyogre and Groudon’s Primal Revisions are also included as they are effectively Mega Evolutions. 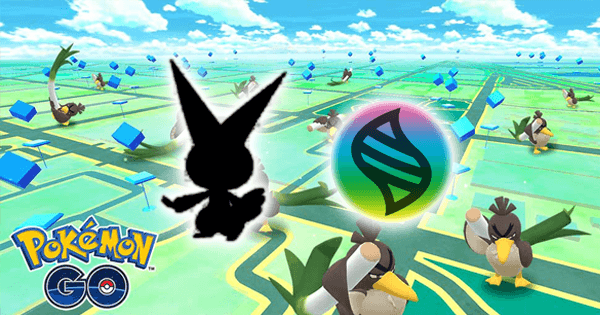 While we don’t have concrete information on how precisely Mega Evolutions will be implemented in Pokemon GO, we do have stat conversions of Megas from the main series games. Given that the stat gains from Mega Evolving make many Mega Pokemon too powerful for an in combat transformation in the Great and Ultra Leagues, it’s reasonable to assume that a temporary or permanent transformation will take place outside of combat. Given that it would be silly for Mega Blastoise to not have Hydro Cannon, and so on, it is also reasonable to assume that Mega Pokemon will keep their movesets. Another theory is that instead of a stat change, Mega Evolutions will just receive a stat buff (like Power-Up Punch or Ancient Power’s boost) but this could make Megas more mandatory to use opposed to just being an option. Of course, all will be revealed once Mega Evolutions are finally added to the game. Which is to say that this is all speculation! Not baseless speculation, but smart speculation.

To enhance our smart speculation, the actual Rank 11 PvP Master RyanSwag edited the stats of Mega Evolutions into a copy of PvPoke’s Game Master. In an act of humility, he sent the modified Game Master to PvPoke so this data may benefit the world. Using this data combined with PvPoke makes this detailed analysis possible. Arceus bless PvPoke and RyanSwag.

While many Mega Evolutions are exceptionally powerful for the Master League, only 5 truly stand out from the crowd. Given that everyone likes ranking things, it’s only fair that we put this data into a Top 5 List. As such, we present the Top 5 Mega Evolutions for Master League PvP! The results may shock you! 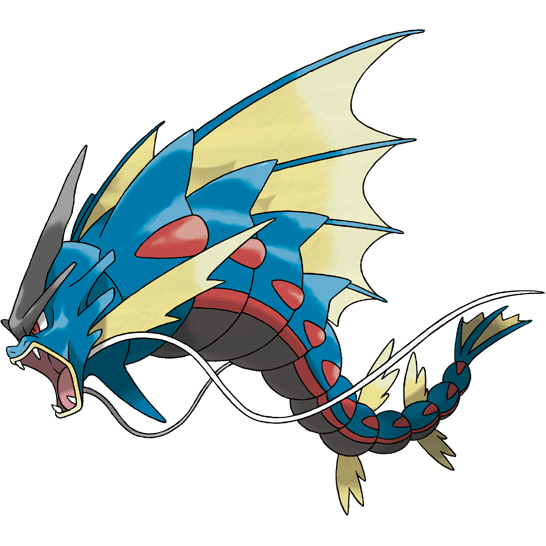 Gyarados’s role in the Master League has traditionally been as a Dragon Breath user that isn’t weak to Dragon Breath. While this role parallels Dialga, Gyarados would ideally bait out Dialga’s shared counters allowing for a more easy Dialga sweep in the end game. As good as Gyarados is on paper, it has some hangups against other Dragon Breath users in the 1 shield scenario and an all around negative matchup against Kyogre, a Pokemon you’d expect a Water-Resisting Dragon Breath user to easily beat.

What’s even more interesting is Mega Gyarados’s sub Dark-typing; however, this appears to be more of a bane than a boon. Analyzing a few key matchups, the same type attack bonus (STAB) granted to Crunch isn’t instrumental in its wins. The Dark-type also gives Mega Gyarados a new weakness to Fighting-type attacks and removes its doubled resistance to Ground-type attacks. This takes it from absolutely dominating Groudon to potentially losing if Groudon can land the Earthquake. Despite this minor flaw, Mega Gyarados could be quite the terror in the Master League! 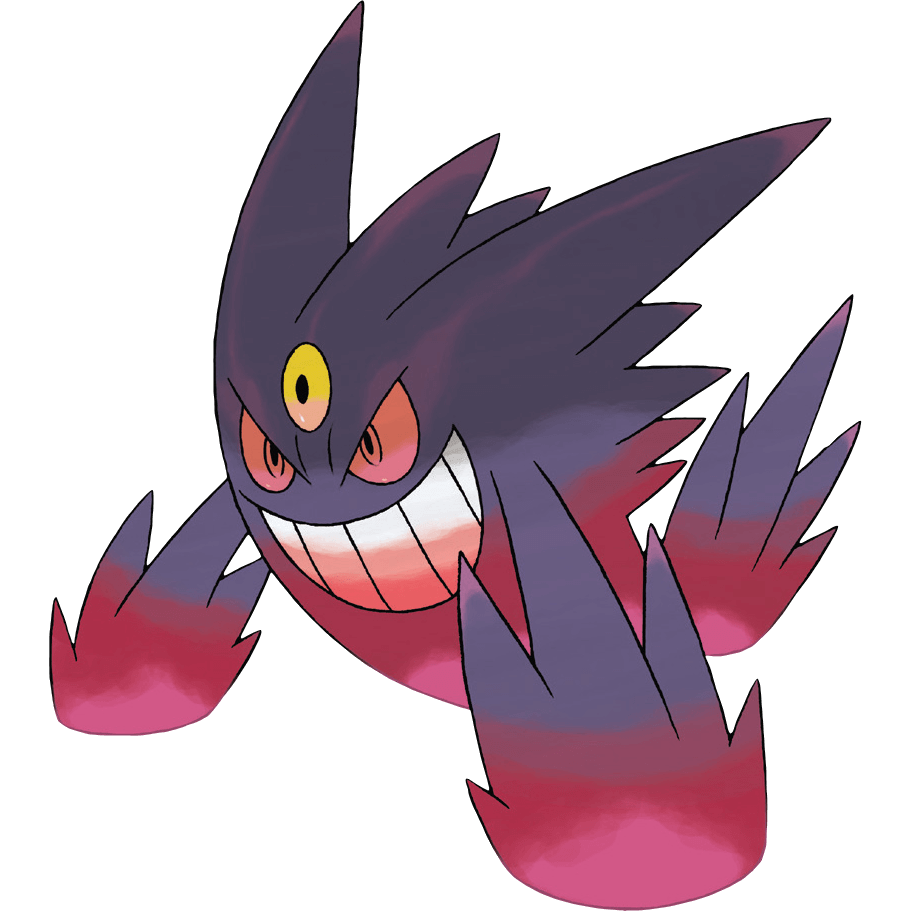 Gengar has no history in the current Master League because it’s too weak for the Master League. 3788 Stat Product is acceptable for the Ultra League, but all top Master League Pokemon are clearing 5000. For example, Giratina Origin Forme can defeat Gengar by spending only 1 shield and throwing no Charge Moves, ending the battle at precisely 100 energy.

Mega Gengar alleviates this by bringing Gengar’s Stat Product up to a passable 5014. This added power coupled with Gengar’s Community Day Charge Move Shadow Punch makes it a tricky Pokemon to tango with while shields are up. Flimsy Shadow-Bait alone isn’t enough to make the Top 5 list however. The true merit to using Mega Gengar is that it can defeat Charm users without being a Steel-type. In this sense, it’s best to think of Mega Gengar as a weaker Giratina Origin Forme that can handle Charm.

What benefit does being a non-Steel Charm Counter bring? For one, you have less to worry about in the way of Fighting, Ground, and opposing Steel-type Pokemon. Mega Gengar’s Shadow Ball gives it potent, neutral coverage across the board as well. So while Mega Gengar isn’t as sturdy as Steel-types, it can be much more threatening in unique situations. Mega Gengar isn’t a Top Tier Pokemon overall, but its unique role cannot be understated. 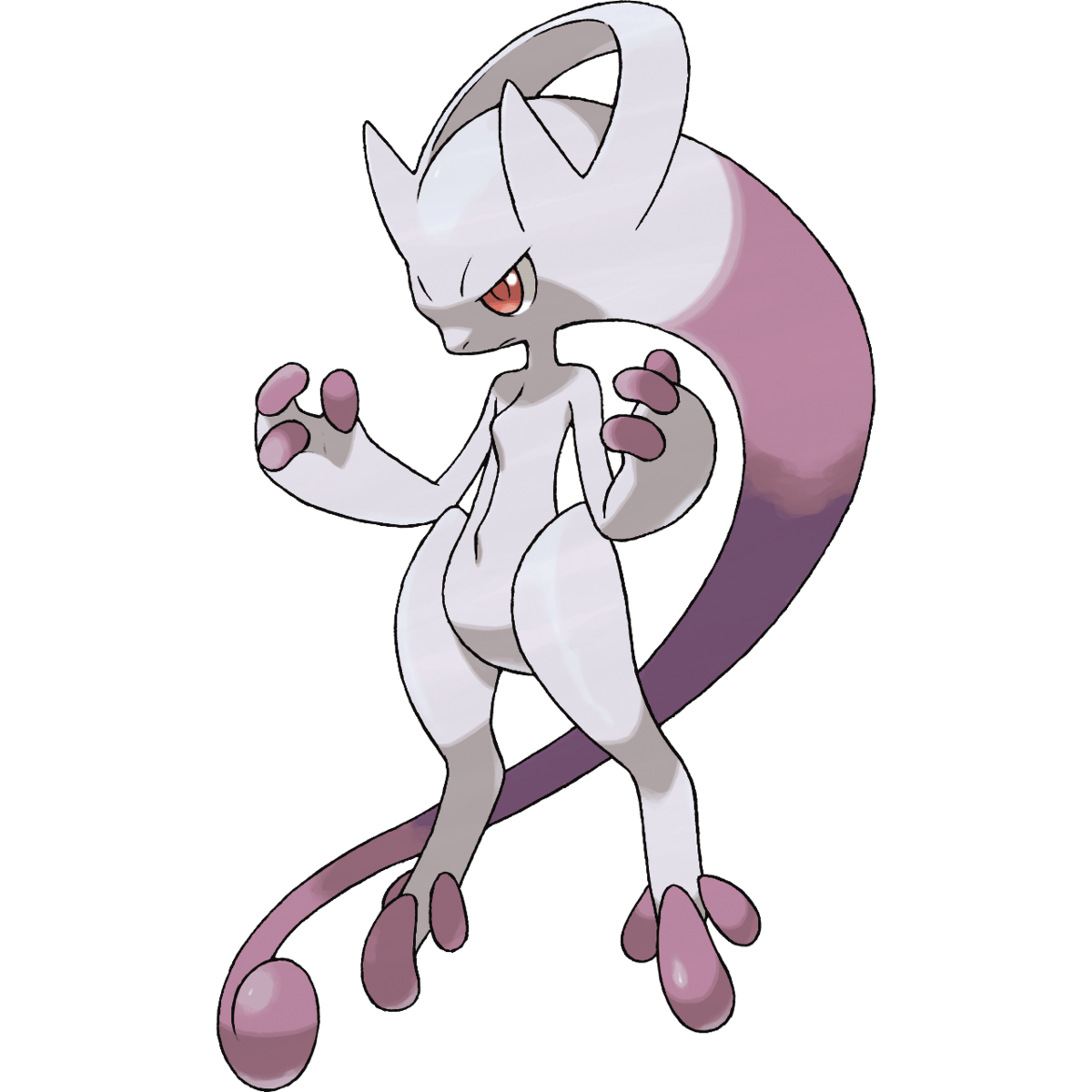 Mewtwo has historically been a high skill floor, high skill ceiling Pokemon for the Master League. With 6 different, potent Charge Moves and the 2nd fastest energy gaining Fast Move in the game, the only things holding Mewtwo back are its lack of bulk and it just missing critical KOs. Mega Mewtwo Y remedies these issues by surging Mewtwo’s above average Stat Product of 6976 to the highest Stat Product of all Megas, 10103. For reference, the “Flying Fortress” Lugia only has 8318 and Mega Rayquaza only hits 8746. All of which is to say that Mega Mewtwo Y has insanely powerful stats for Master League PvP.

So how powerful is absolutely powerful? Mega Mewtwo Y can defeat a Togekiss that uses 2 shields with just 1 shield. If Togekiss switched into Mega Mewtwo Y, it could actually subdue it without spending a single shield. Outside of niche Dark-type Pokemon, only Dialga can subdue Mega Mewtwo Y in the 2 shield scenario. Well, Dialga, and Mega Gyarados, Mega Gengar, and the #2 Pokemon on our Top 5 List here. Because of these critical losses, in spite of every advantage, Mega Mewtwo Y only makes #3 on this Top 5 List. 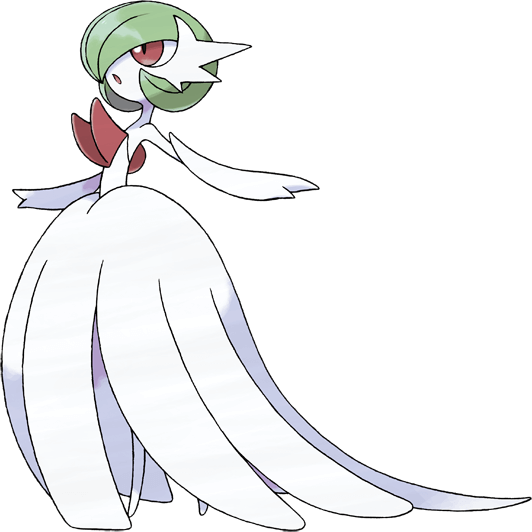 And that’s basically it. Togekiss is one of the most threatening Pokemon in Master League PvP. Its main drawback is that it has to spend 2 shields to subdue most foes, most notably Dialga. Imagine that same exact Pokemon, but it doesn’t put you behind in shields. That’s Mega Gardevoir. 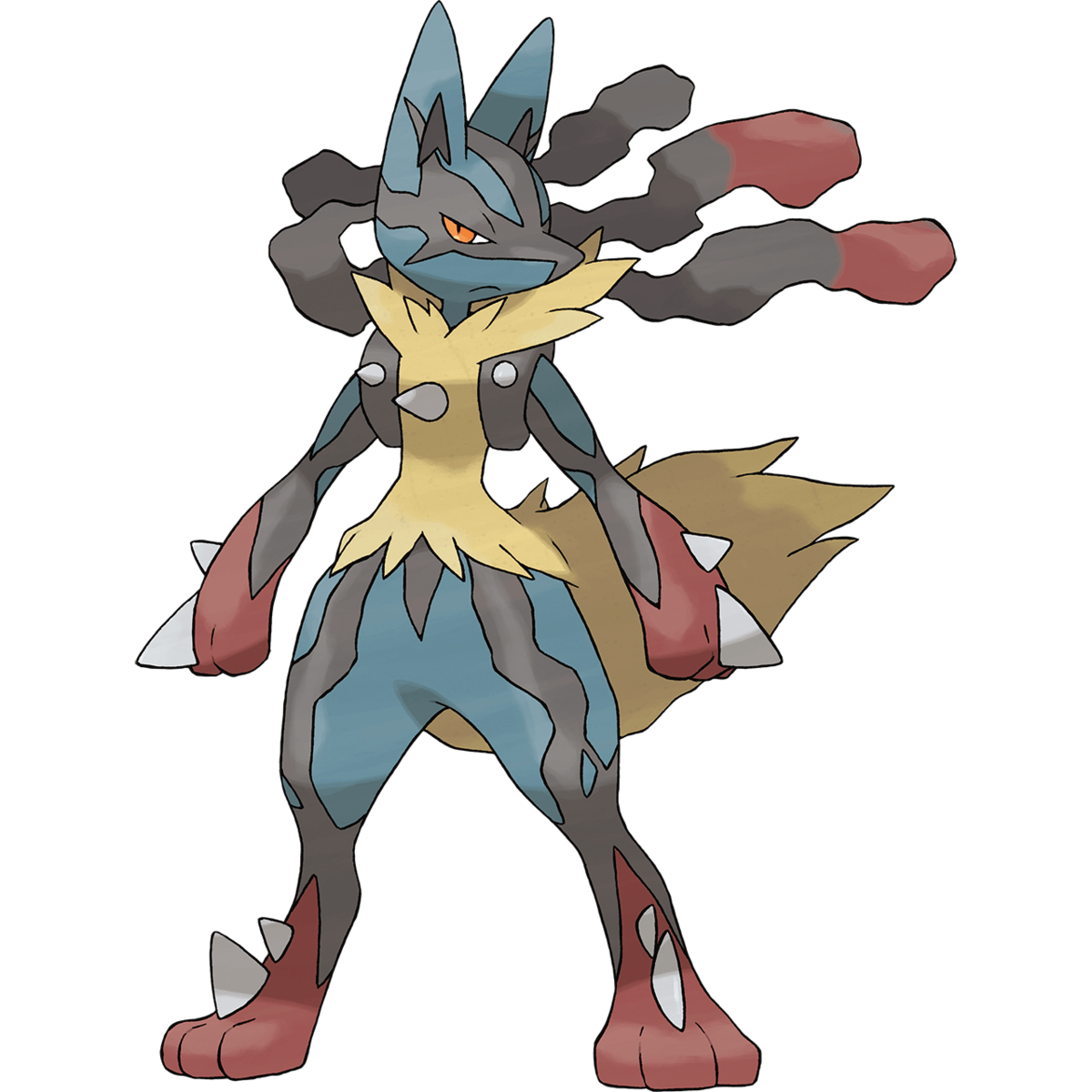 Lucario’s story mimics Gengar’s: potential held back by an extremely low Stat Product. With the improved stats that Mega Evolution brings, Mega Lucario becomes the champion Pokemon it was always meant to be. Unlike Gengar, however, Lucario actually has some use in the current Master League Meta. Despite Lucario’s low bulk, its resistance to Dragon Breath makes it one of few Counter users to cleanly subdue Dialga. And unlike the other Counter users, its access to Shadow Ball keeps it threatening in the face of Giratina and Mewtwo. That all said, 2664 Stat Product makes Lucario more of a meme than an actual meta Pokemon.

Mega Lucario’s improved stats actually allows Lucario to beat things. For example, against non-Dialga Dragon Breath users, Lucario loses. Mega Lucario wins. However, this isn’t why Mega Lucario is #1 on this Top 5 List. Beating Dialga, beating Dragon Breath, we already have Steel-type Pokemon for that and they beat Charm. What else can Mega Lucario possibly bring to the table? One Answer: Bullet Punch.

With Bullet Punch, Mega Lucario suffers losses to Heatran, Swampert, and Groudon, but picks up wins against Togekiss, Mega Gardevoir, and Mega Gengar. Of course, all while maintaining its victories over Dialga, Dragon Breath users, and other Steel-type Pokemon. The only matchup that becomes “dicy” in this respect is against Melmetal, but any failed Rock Slide baits will be met with Mega Lucario’s doubled resistance to Rock. You could think of Mega Lucario as a less bait dependent Melmetal that also carries Shadow Ball.

This could make Mega Lucario the first ever Pokemon in PvP to favor an alternative Fast Move to Counter. Given that Bullet Punch is a relatively weak Fast Move, it definitely shows how much influence Dragon Breath and Charm has on the Master League Meta.

It’s worth noting that Bullet Punch’s advantages don’t override Counter as an option for Mega Lucario either. Given that PvP only utilizes 3 Pokemon at a time, if you have Charm covered or aren’t afraid of Charm, Counter will be a more consistent option. Furthermore, there are many circumstances where Close Combat may be favored over Power-Up Punch. The finesse this brings to table combined with the enhanced anti-Charm, anti-Dragon Breath role is what puts Mega Lucario at #1 on this Top 5 List.

While many Mega Evolutions are powerful for the Master League, only the cream rises to the top. So while Mega Scizor and Mega Steelix are powerful Steel-type Pokemon, they miss KOs on Dragon Breath and Charm users respectively. Like Mega Gengar, Mega Venusaur can subdue Charm, but beyond that it doesn’t have much else going on. As far as “who’s #1” on this list is concerned, any of the Top 3 could easily be it, provided how much you value their unique qualities. And of course, at the end of the day, this is all speculation.