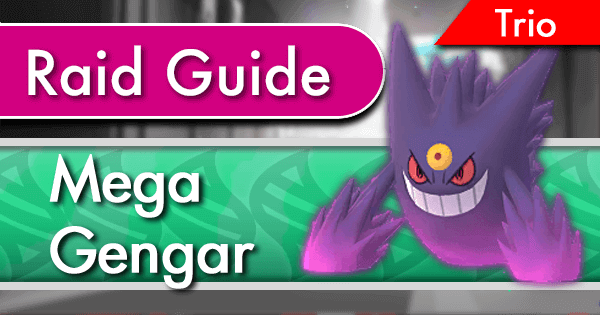 Mega Gengar is one of the most important Mega Evolutions in Go due to its absolutely staggering attack stat and pervasive typing, meaning this raid will be very important for many players. Get ready, because Mega Gengar has the highest attack stat that we've had to fight thus far outside of Deoxys - Attack, greatly improved bulk, and a stronger moveset. A number of Pokemon have the DPS needed to be viable for a Duo, but TDO is a huge issue due to the fact that many viable counters are weak to Ghost. A good mix of counters is key to victory here, as is effective dodging.

PvE Relevant Pokemon in Kalos
Hey guys, Niantic brought a lot of PvP monsters out of Gen 6. Malamar, Aegislash,…
[Humour] Ideas for making more species more relevant
Voltorb used Explosion! Walking Meowth finds coins instead of candy. I thought…
I have restored balance
image1536×2048 324 KB 69420 4 posts - 3 participants Read full…
Question about Let’s Go games
Hey y’all I know this is a weird place to ask this but I couldn’t find the answer on…
Should status effects/conditions be implemented in Pokémon go?
If it is ever implemented how do think it could be implemented into gameplay? I…
Read More