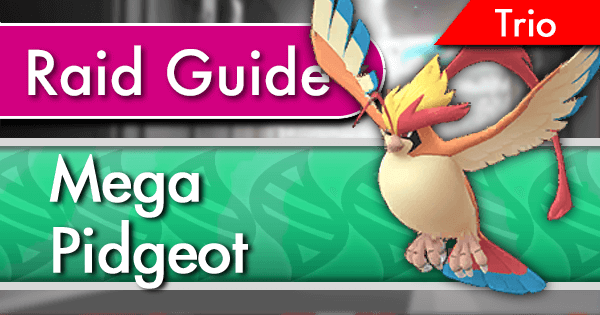 While a duo is definitely possible, but this guide will focus on the more realistic trio. Despite what some may think, Mega Pidgeot is actually a fairly threatening raid boss. It has some potentially hard hitting and tricky moves that can make for a serious headache if not played around properly, and its high attack stat makes those attacks very punishing if not properly evaded. However, most of its counters either resist or double-resist its moves, which can definitely tip the scales.

Which Reshiram would you power up?
I got a shiny Reshiram that’s 13/14/14 and a non-shiny that’s 15/14/14. I can’t decide…
NPC’s no longer have ‘stun’ time
Anyone else notice this off the last update? It’s caught me by surprise a few times…
Perfect IV pokemon outside of Master League
I know having a perfect IV pokemon out of ML is more for collection but I was looking…
Catch dust (what's more than usual)
Want to put together a list of stuff that gives bonus dust on catching. I’m sure…
Season of Heritage timed quest reward?
So, we’re now into the season of Heritage. (Sure hope it’s not the US Southern motto…
Read More