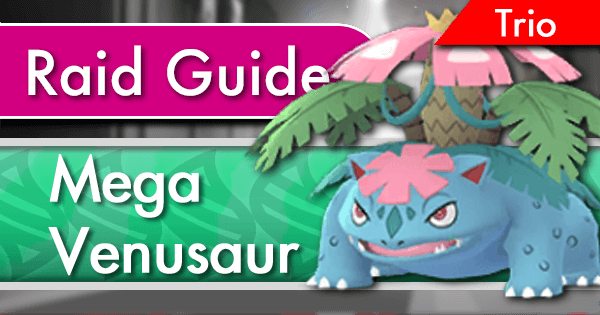 Of the three starters, Mega Venusaur has the highest defense. This in-and-of itself should make it the hardest of the three to fight, right? Well, there's a catch.... namely that it has a weakness to Shadow Mewtwo and many other of the top raiders in the game. This fact alone makes it easier than Mega Blastoise, but not as simple as Charizard's two formes. This isn't to say that it's an easy fight, as the tools at its disposal make it extremely well-rounded and strong, but given the right counters it's definitely manageable. In fact, a duo may be viable given the proper counters and situations.