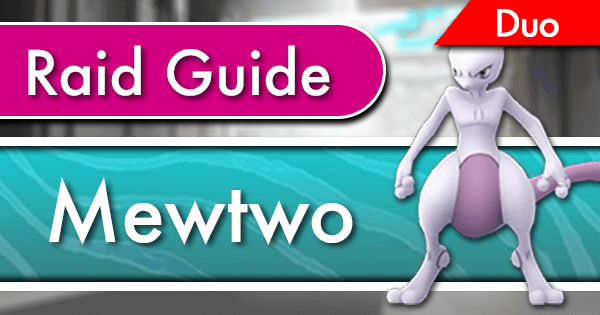 Mewtwo has long had the reputation of being a frighteningly Powerful Pokemon, and with good reason! On its release, even a low-IV Mewtwo could slot into most raids without having to worry about Super Effective damage. While it's lost some of its clout recently, it's still an outstanding Pokemon to raid for when it returns.

The biggest issue with the duo is likely to be how quickly teams drop due to its high damage. For this reason, a solid mix of high DPS and high TDO attackers is the recommended strategy. However, this becomes less of an issue given Mega and/or Weather boosts. The other issue is knowing just what Mewtwo will be using against you, as it has a very wide movepool to draw from, and has a few options to hit most of its counters fairly hard. Note that Mewtwo cannot use any Elite moves as a raid boss, so don't worry about facing Shadow Ball or Psystrike variants.

The trio is far, far easier. Given the right team comp, it should be a simple task to run.