Mewtwo's Mass Release and the Meta 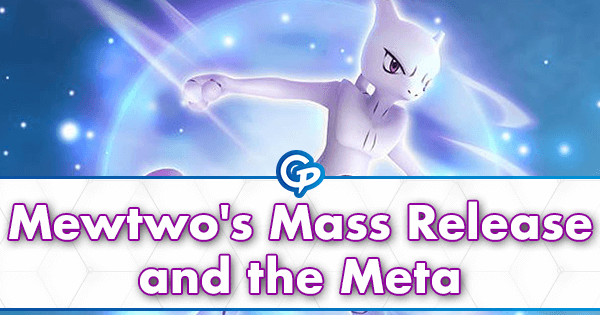 On September 20th Mewtwo will be added to the Tier 5 raid pool. This is a great opportunity for players to finally obtain Mewtwo or to score some extra candy for one of the greatest attackers in all of Pokemon GO. One caveat to Mewtwo’s increased accessibility is that Mewtwo will no longer be able to learn Shadow Ball or Hyper Beam.

In anticipation of bringing this legend home, players are asking what the best counters are for the Mewtwo raid and how the loss of Shadow Ball affects its viability as an attacker. In this article we’ll be detailing the best general counters as well as the short and long term effects of losing Shadow Ball. 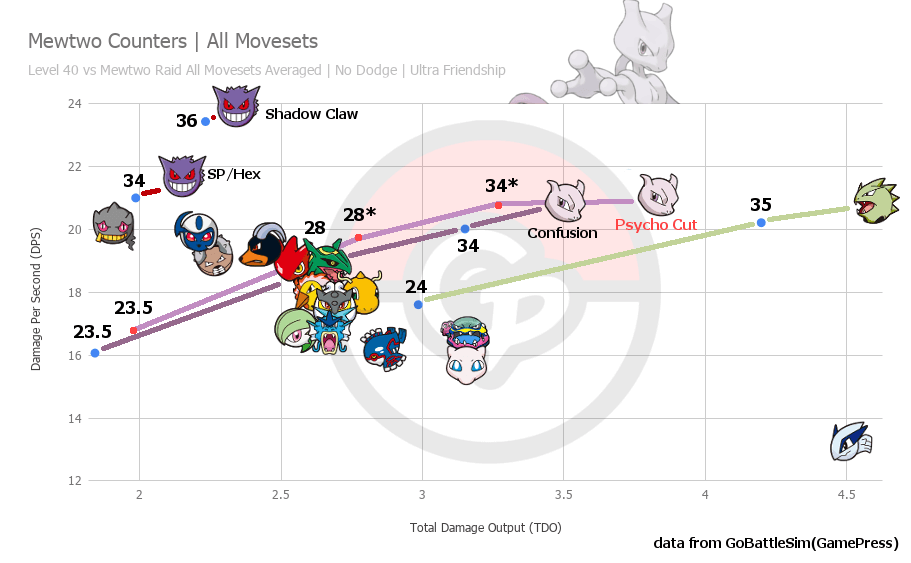 The greatest counters to Mewtwo are Bite + Crunch Tyranitar and Psycho Cut + Shadow Ball Mewtwo. While Tyranitar has to be wary of Focus Blast and Mewtwo of Shadow Ball, there is little to fear as against these worst case scenarios, both perform on par with other Mewtwo’s counters. After these two, Gengar is an excellent Pokemon to consider to fill the gaps in your squad. While the legacy Shadow Claw is the fast move of choice, with friendship bonuses Hex and Sucker Punch aren’t too far behind. If you know that you’ll be facing a Shadow Ball or Psychic Mewtwo, Gengar will perform best in the lead position of your line up, allowing you to do maximum damage before it is KOed.

If you lack a full team of the above Pokemon or want to build a solid B Team, Houndoom, Scizor, Pinsir, Rayquaza, Dragonite, and Gyarados are all worth considering. While Lick Snorlax and Lugia are lower DPS options, both are excellent at the end of battle if you want to save on revives or avoid having to re-lobby, just try to avoid Focus Blast and Shadow Ball match ups respectively. If you like to play by the weather, Tyranitar, Mewtwo, and Gengar will still be the better options, but a strong case can be made for Rayquaza in the wind and Scizor and Pinsir in the rain.

It’s worth noting that there is speculation that Mewtwo no longer having Shadow Ball and Hyper Beam in its movepool means the raid boss Mewtwo will also lose access to these attacks. Given that the legendary birds maintained their original movesets in their raid re-releases despite of learning different attacks upon capture, at this time we’re siding with Mewtwo maintaining its original attacks. Should the raid boss Mewtwo no longer use Shadow Ball or Hyper Beam it will not change our recommendations much.

Mewtwo in the Meta

Mewtwo’s greatest claim to fame in Pokemon GO has been its Shadow Ball moveset. With Shadow Ball, Mewtwo is able to function as a powerful raid generalist, Psychic / Ghost-type counter, and gym generalist. Now that it has exited Mewtwo’s movepool, all Mewtwo from here on out will have to make do with Psychic and Focus Blast.

Psychic Mewtwo is the best Psychic-type attacker in Pokemon GO and it faces no foreseeable competition from Gen 4 Pokemon. However, given how useful and / or easily obtainable Lugia, Gardevoir, Metagross, and Espeon are for the Psychic-type role, there aren’t many pull factors to power up Mewtwo just for Psychic advantage. Similarly, Focus Blast Mewtwo is seen by many as the greatest overall counter to the Big 3 Normal-type gym defenders, and Fighting-types in general aren’t going to see much competition from Gen 4. That said, Machamp and Hariyama are much more common and much better Fighting-type damage dealers overall in comparison.

Overall, even if Shadow Ball is off the table, Mewtwo is still an excellent Pokemon that is worth powering up. It may also get some additional love in the future: given that the standard move pool in GO contains three options, Niantic may give it a third charge move. If this happens, Mewtwo’s viability will have to be re-assessed. Keep your eyes peeled on the 20th for updates!

Throughout the months not much has changed in the way of countering Mewtwo. Tyranitar and your previously caught Shadow Ball Mewtwo are still the bread and butter of this fight. While Mewtwo stepping down from the EX raid pool and into the Tier 5 pool at some point was expected, the loss of Shadow Ball and Hyper Beam from its movepool was a surprise. Even without these attacks, Mewtwo will still be great, but the loss of Shadow Ball really holds it back. Being left with only 2 charge moves to its name, it’ll be interesting to see if Mewtwo will be getting a new 3rd charge move to maintain the status quo. Here’s to waiting for the changes to come about on the 20th!