Niantic has made yet another announcement in regards to Mega Evolution: this time highlighting changes to help improve quality of life for players! The newly released Mega Evolution system, which has been a major source of controversy and contention for players since its initial release, is going to undergo changes in the coming days and weeks, as was previously stated by Niantic via their twitter account:

Trainers, we are excited that we were able to introduce Mega Evolutions into the world of #PokemonGO. We are actively listening to your feedback and look forward to sharing more about how this feature will grow in the future.

As of right now, it seems that the plan is two-fold. First is to implement fixes to existing systems in the short-term, and the second is to expand the system in new ways.

The initial cost is still high but more reasonable given the increased energy gains from Mega Raids, while the cost to Mega Evolve again is substantially more reasonable, costing less than the maximum energy gains from a single mega raid, which makes it substantially more viable. However, the system can still be defined as Pay to Win to a degree due to the burden of being nearly required to pay for raid passes in order to fully take part in the system. But this may change in the near future!

Mega Evolution is never going to be effortless, nor should it ever be. However, Niantic is extending their hand to the Pokemon Go community, and has shown their willingness to listen to the community. While the Gamepress Team is still a bit hesitant and will be until we find out how other sources of Mega Energy will be handled in future updates, we're also relieved that changes are coming, and thankful that we no longer feel that our time and effort spent preparing for Mega Evolution was a complete waste. We genuinely look forward to the future, and are hopeful that Niantic will make this system actually work soon!

After listening to your feedback, we have made the following changes to Mega Evolution.

Here are a few adjustments that we’re working on implementing.

Thank you for your feedback as we continue to update this feature. Stay tuned—we’ll share more information on the ongoing development process. 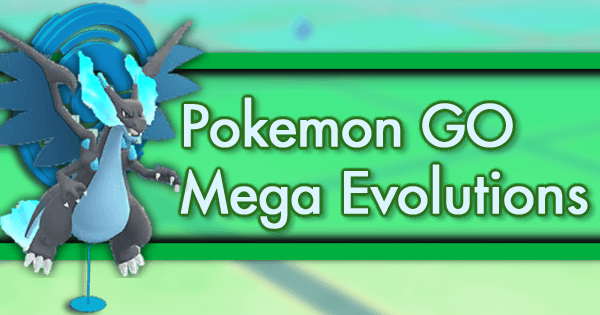 Pystrike Mewtwo or fire punch Groundon for Elite charge TMs
I am the player who just returned after a year. At the Earlier, I have 15/15/14…
Anyone got the link for win totals to rank up?
Played some friends accts for first time this season and going 4-1 and 5-0 and still…
Great League Opening Strategy
I’ve been using PVPoke to align some GL teams and for Season 4 I think I’m running a…
So what do you feel is the best/worst looking shiny?
This kind of came up in a thread on a completely different topic, but I was curious to…
Hey guys I got my first elite tm eith the end of the pvp season! Now what do I use it on!?
I love pvp it’s what really makes the game exciting for me these day! ( Wish there…
Read More