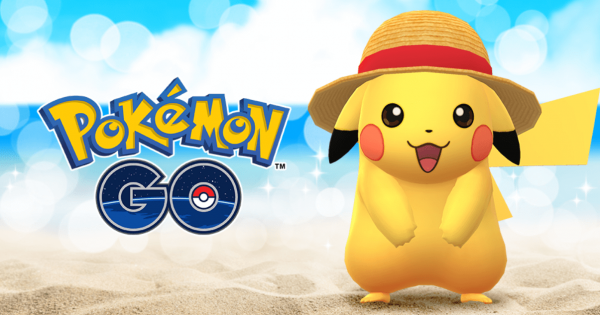 On July 15, 2019, the Japanese Pokemon GO Twitter account announced the return of Straw Hat Pikachu as a part of a celebration of the anime series One Piece.

Starting July 22, and until July 29, Straw Hat Pikachu will be available and a special straw hat avatar item will also debut in the shop.

July 22nd is a special day for One Piece; the series turns 22 years old on that date this year. Pokemon GO also celebrates it's 3rd anniversary for Japan on that day.

The Pokemon GO event is aimed at helping bring tourism to Kumamoto Prefecture, which saw a devastating earquake in 2016. It is the home prefecture of Eiichiro Oda, who has helped revitalize the area with generous donations.