Trainers, your strength and determination are truly unparalleled. We’re excited to announce that you’ve unlocked Houndoom’s Mega Evolution and Mega Houndoom raids! These will be available on Tuesday, September 29 at 1 p.m. PDT. pic.twitter.com/QKDkPCQgOY

Mega Houndoom is coming to Pokemon Go on the 29th, when it will join the raid scene. While a popular Mega Evolution with good overall stats, how does it actually fare in Pokemon Go?

In most cases, we as Pokemon Go players tend to instantly gravitate towards the "best" option for a given raid and turn away from lesser viable choices whenever possible. Afterall, why should we use Golem as a rock attacker when we have Rock Wrecker Rhyperior? This has long been a fact of life for us, but Mega Evolution is changing this for the first time since raids dropped!

First of all, let's look at Mega Houndoom as a Fire attacker and a Dark attacker: 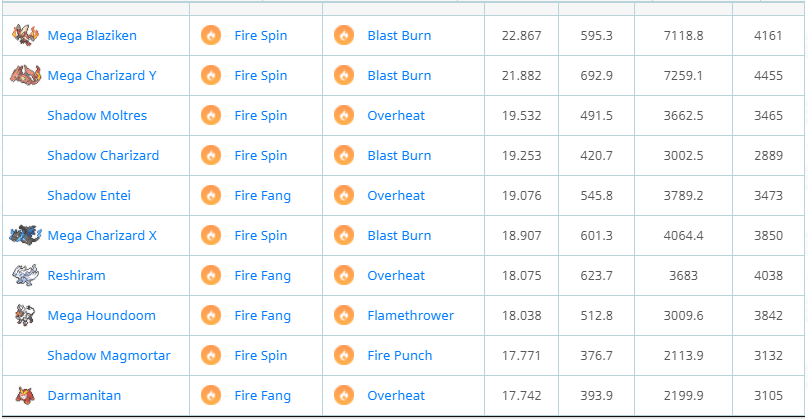 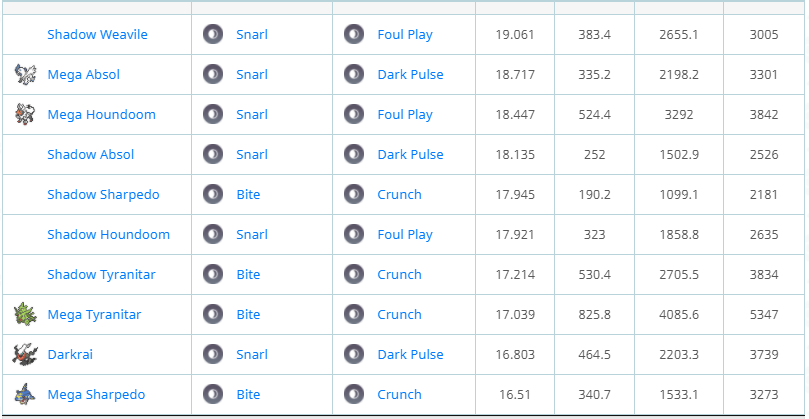 The conclusion is pretty easy to see:

But we have another potential hidden advantage here: it takes different mega energy. If Niantic can give us a very viable way to farm energy, possibly even mega energy for multiple species at once, Mega Houndoom becomes even better as a Dark Type mega due to the fact that it's likely to be cheaper to Mega Evolve than Mega Tyranitar. It also becomes even more viable as a Fire Type Mega Evolution, as it will provide another choice for any given raid that calls for it.

We don't know exactly how mega energy generation will be handled in the future, but this could make Mega Houndoom viable long-term despite other Mega Evolutions that can surpass it on paper.

With the annual Halloween event, Mega Gengar raids, and Giratina - Origin Forme on the near horizon, Mega Houndoom is a perfectly viable investment for the near future. While the Gamepress Teams still has issues with the way that Mega Evolution is still handled, this is one that has the potential to be very useful in the near future and will likely give a nice return on investment moving forward.

Friend brasil
friendship code 3395 6543 7484 Código de treinador 3395 6543 7484 Sou de Pernambuco…
CLEANUP FIND
Well guess I found one of the best flying pokemon 20201028_1721291080×1853 457 KB…
Shadow Mewtwo in Great League
Because of the October Giovanni appearance one can catch shadow Mewtwo at level 8…
Resetting Giovannis Quest
Hey there! This is something I’ve been wondering about for a while now, and although i…
Potential meta-relevant PvE Pokemon list?
Hello, is there any resource that can give us the information about potentially PvE…
Read More