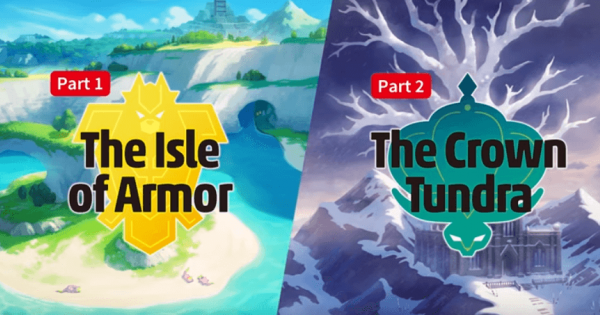 The Pokemon Direct for January 9 has dropped, and boy is it a big one! A Mystery Dungeon remake and new updates and expansions to the critically acclaimed Pokemon Sword and Pokemon Shield top the list, so let’s get into it! 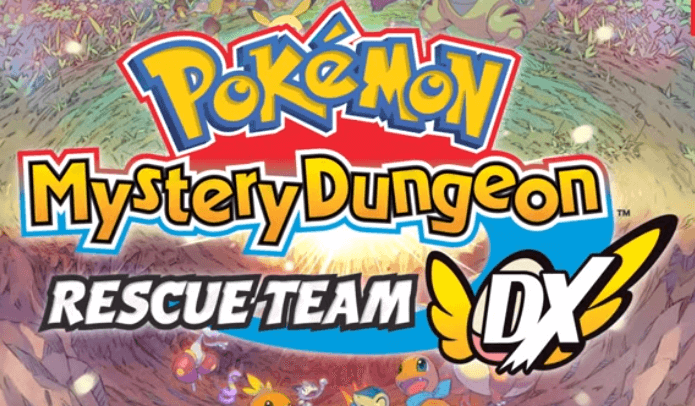 A remake of the original Mystery Dungeon Red and Blue titled Pokemon Mystery Dungeon: Rescue Team DX has been announced! Fans of the old classics will be treated to what is an enhanced, and apparently condensed version of this fan-favorite as it releases as a single game rather than a two-game pack.  It’s confirmed to have enhancements and changes, such as the inclusion of Mega Evolution, and should be a real treat for any fans of this classic series!

Pokemon Mystery Dungeon: Rescue Team DX is slated for release on March 6, 2020. On top of a surprisingly close release date, it’s been announced that a demo will be released later today (January 9, 2020)!

Pokemon Sword and Shield: Island of Armor and Crown Tundra

The bulk of the livestream focused on this, and boy did they drop a lot of content on us! We’re just going to focus on the highlights here, and break it down into three categories: universal updates, Island of Armor updates, and Crown Tundra updates.

This is sort of the crux of the update: the expansion pass is a purchasable pass that grants players access to the newest DLC as it’s released. It’s hinted at that these updates will replace a “third version” game that has been traditional for Pokemon main series games in the past, which Is extremely interesting to say the least! The pass will go live for purchase with the update that should be available later today.

We have confirmation that 200+ previously unobtainable Pokemon will be made available in Pokemon Sword and Shield via these updates, and you don’t need to purchase the Island of Armor and Crown Tundra expasions to be able to use them! These Pokemon will be able to be traded to non-expanded games thanks to free updates!

Shown throughout the trailer, a bunch of new clothing options will be made available for both Male and Female trainers. Many are inspired by in-game characters, such as fan-favorite Marnie!

This much-anticipated application is slated for release in February 2020, and will be able to transfer Pokemon from previous generations over to Sword and Shield. As the roster continues to grow, the prospects for Pokemon Home are becoming more and more appealing!

We’ve seen glimpses of Gigantamax Venusaur and Gigantamax Blastoise as well as a few others. We’ve also seen confirmation of Galarian Slowpoke, which will be available via the aforementioned free update later today! It can evolve into Galarian Slowbro or Galarian Slowking via items that will be made available in the Isle of Armor and Crown Tundra respectively! 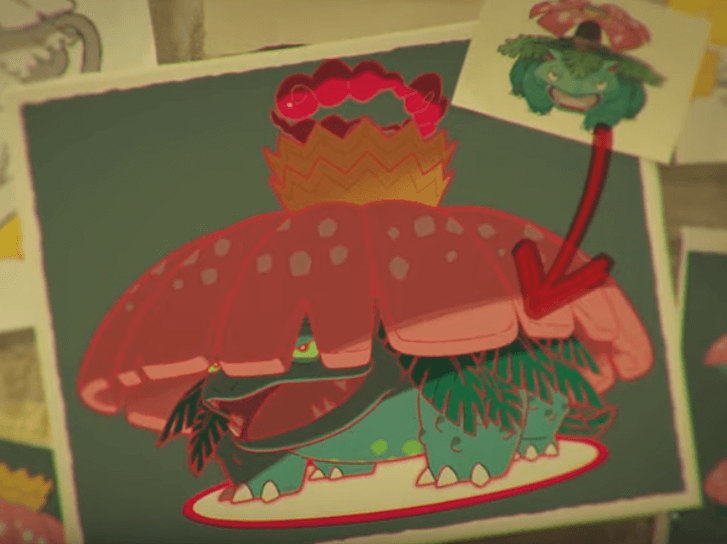 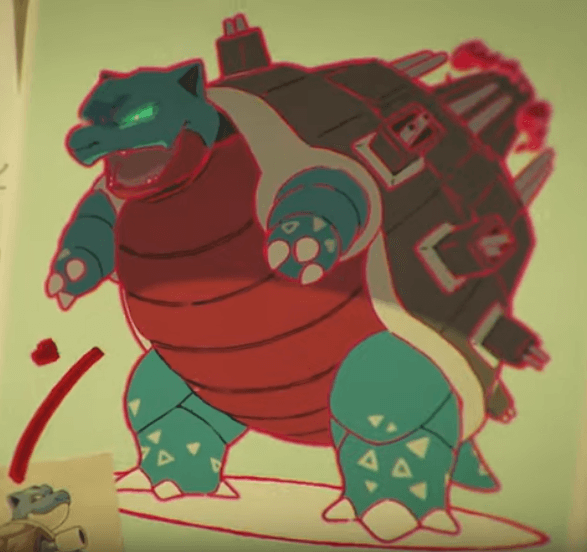 The Isle of Armor

This is the first expansion, slated for release in June of 2020. It grants access to the titular Isle of Armor: an entirely new area to the Galar Region. This area will open up access to new Pokemon, ad at least one new legendary Pokemon! This area has a focus on the theme of growth, which is on full display with features such as a dojo, new Gigantamax formes, and returning features such as Move Tutors.

The focus of this leg of the story seems to focus around the Pokemon Dojo situated on the Isle of Armor, where the player will be able to become a apprentice to the dojo master, Mustard: a former Champion who was the master to the Champion of the main series: Leon. New “Rivals” will also appear in the dojo, with each version sporting a different trainer. Pokemon Sword players will face Clara, a Poison-Type trainer, while Pokemon Shield players will meet avery, a Psychic-Type Pokemon trainer.

Much like in Sword and Shield, we’re getting a new Legendary Pokemon for this update, and it can evolve! Kubfu is a Fighting Type legendary Pokemon that will be given to the player in the Dojo, and it has the ability to evolve into Urshifu, which itself has two forms: Single Strike forme, which is Fighting/Dark type, and Rapid Strike Style, a Fighting/Dark Type. Urshifu is stated to have a unique ability and two Gigantamax forms, based on which forme It’s in when it transforms. 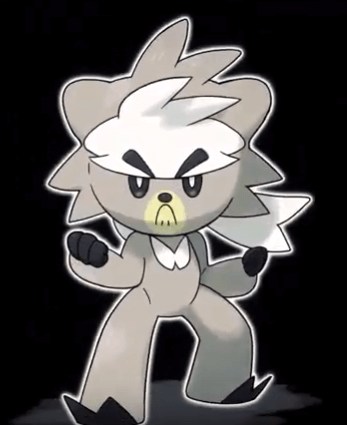 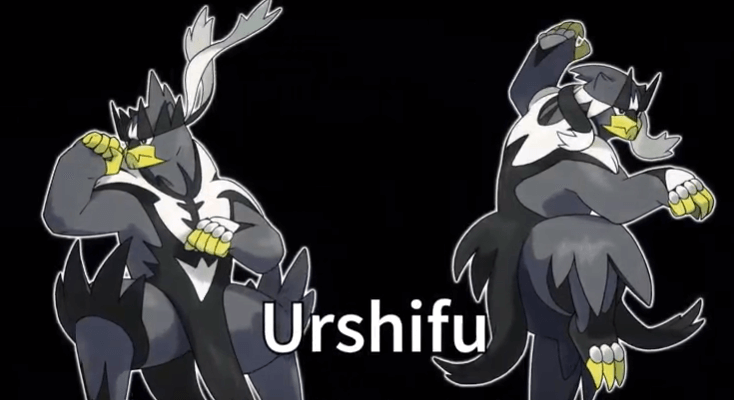 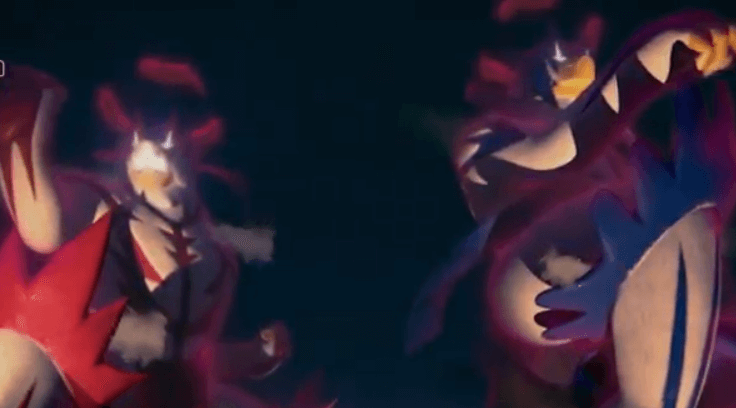 It looks like our starters are going to gain Gigantamax formes! No word yet as to what their new max moves will be, or if we’ll have to gain new starters with the Gigantamax trait yet. We’ve also seen references to the aforementioned Gigantamax Venusaur and Blastoise here, so they should hopefully be available in this expansion! 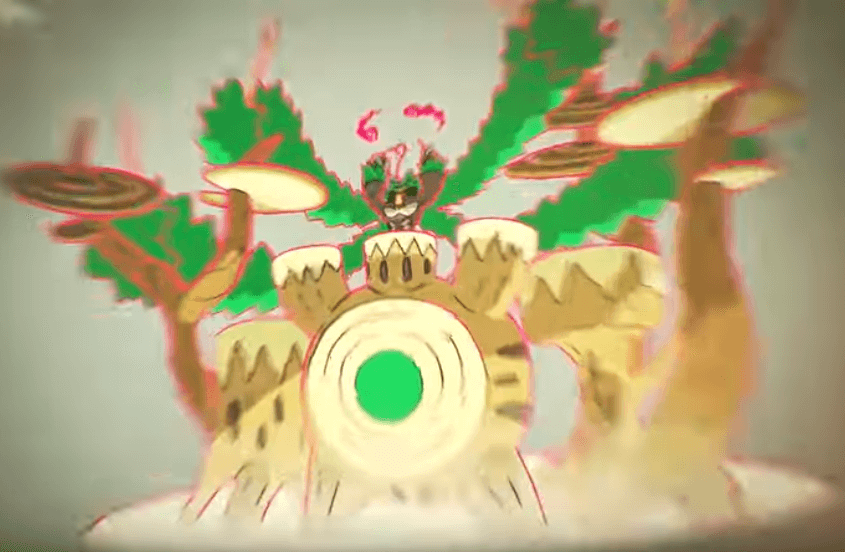 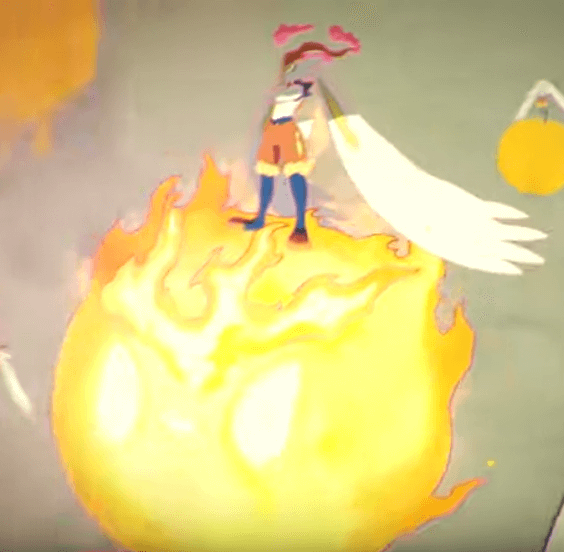 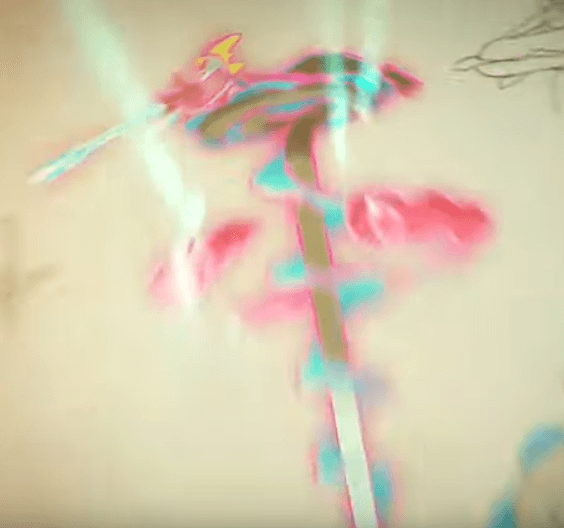 The second expansion is set for release some time in the Autumn of 2020. It will take the player into the snowy fields of yet another untamed region of Galar with the theme of Exploration. Once again, players will be able to encounter at least one new Legendary Pokemon, and possibly more as the mysteries that this frigid land slowly open to the player.

The legendary Pokemon Calyrex is featured in this update, with a very strong “royal” and “crown” feel in its design and name.  It is a Psychic/Grass Type Pokemon, and that’s basically all that we know about it at this point. 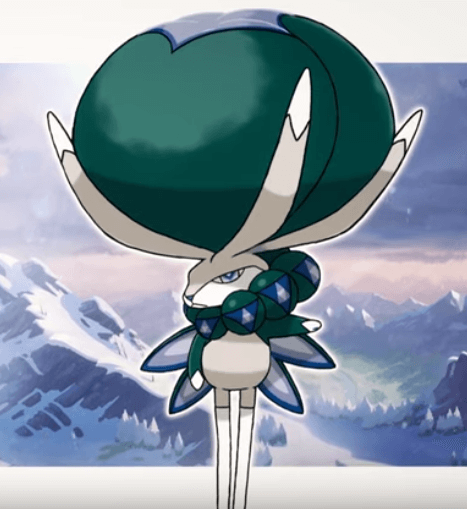 In a manner similar to teaming up for Dynamax battles, players will be able to team up and actually explore the Pokemon Dens where these epic battles take place. It’s here that players will be given the chance to battle and capture Legendary Pokemon from generations past!

This one is extremely interesting; it seems that existing Legendary families are going to be expanded! Shown in the Direct are two new types of Regi. One appears to be Electric-type, while the other is almost definitely Dragon Type; a rather unexpected new direction for a family that has traditionally been based on solid substances such as rock, ice, and steel! We also have what appears to be a trio very closely resembling the Winged Mirages from Generation 1: Articuno, Zapdos, and Moltres. They’re shown when “New Legendaries” are mentioned, so could these be evolutions to these fan-favorite Legends, or perhaps Galarian legendaries? 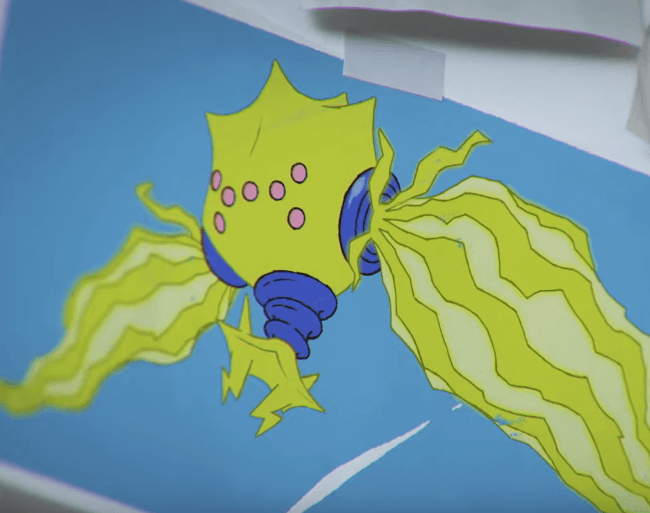 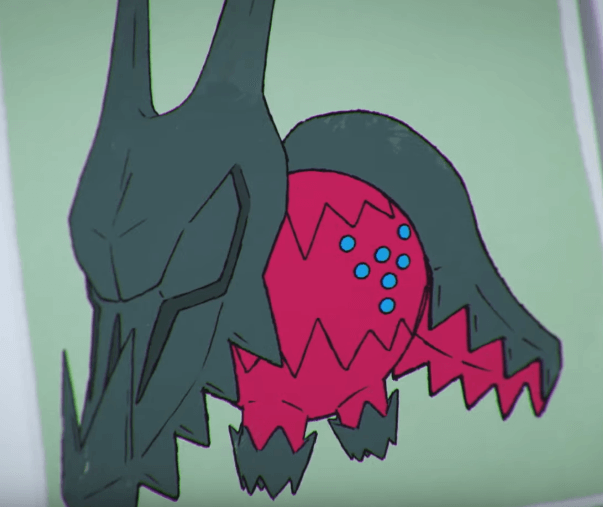 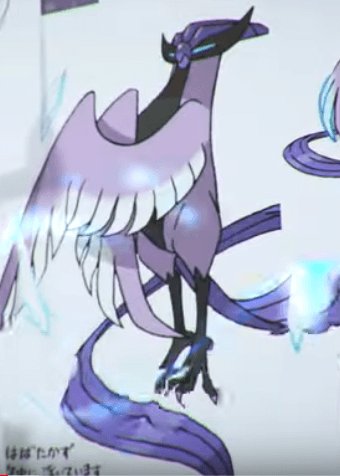 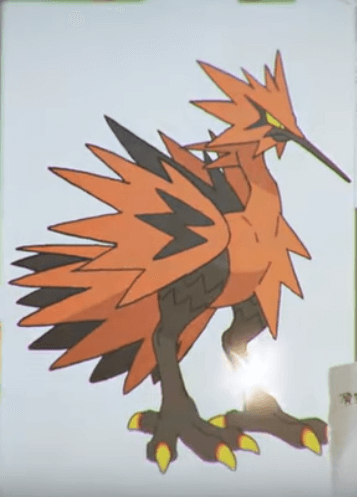 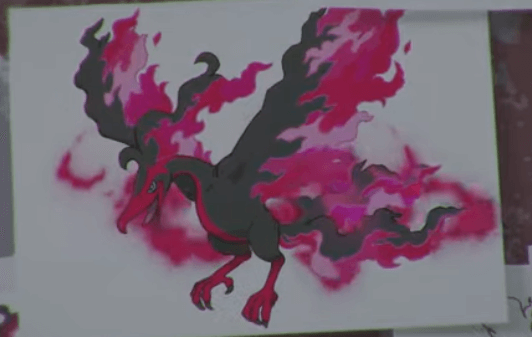 These are what we feel are the highlights of this direct, but this definitely isn't all! This Direct was filled to the brim with details that we've skipped in order to keep this article brief, so we encourage you to take a look for yourself in order to get the full experience!

So are you excited for these expansions? Which one seems more interesting at this point? Did we skip any bits that you consider to be important? Please let us know in the comments below!

HELP! I cant battle Giovanni
Hi. First time posting here because I need some help. I battled Giovanni once when he…
Have lucky trade chances been nerfed?
Hi all, I know the chances of a trade becoming lucky is 5%. Recently though I have…
Victory and Deafeat Avatar Animation Frozen
Everytime weather I win or loose a battle my avatar dousnt its anamation. I tried to…
Is GBL down or something?
I have zero connectivity to GBL. Clear skies and full data, but no connection. Is this…
Halloween Cup team building
Has anyone started thinking about this yet? Currently my plan is either lead…
Read More