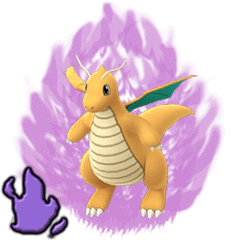 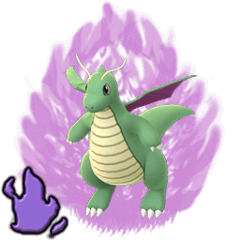 As a Pokemon with high attack, Dragonite greatly benefits from the Shadow Boost, becoming one of the absolute strongest dragons in the game post. It's very comparable to Shadow Salamence, but it has a little bit less DPS along-side a little more TDO, just like the interaction between the normal versions of these pseudo-legendary Pokemon.

Following the GBL Season 8 update, Dragon Tail on paper is slightly stronger than Dragon Breath, but the latter is much easier to use and benefits significantly more from certain breakpoints. Steel Wing covers most of Dragonite's typing vulnerabilities, but lacks STAB and has below average energy gains, and is also underwhelming in neutral or mirror matchups.

Dragon Claw is mandatory for its cheap energy cost, allowing Dragonite to pressure shields more easily. Outrage is frequently overlooked in favor of Dragon Claw's utility, but it actually has higher Damage Per Energy (DPE) in PvP, threatening possible KOs when the opponent runs out of shields. An even more extreme example of this would be Draco Meteor, which has even stronger DPE, but self-debuffs the Attack stat by 2 stages after being fired, making it really only useful as a closer move. Hurricane provides additional coverage and gets STAB, making it useful against Fairy-types, but it high energy requirement limits its accessibility.

While it was once a defining Pokemon of the Great League for a short time, Dragonite has largely fallen from grace, and Shadow Dragonite has fallen with it. It has some niche utility due to its Dragon Breath/Dragon Claw combo, but overall it's not optimal in many matchups.

Shadow Dragonite is a solid Pokemon in the Ultra League Premier, where it can use its great typing and lack of Giratina to carve a nice niche. In open Ultra League it doesn't fare as well.

A full power Shadow Dragonite is a force to be reckoned with, and is definitely worth raising for this role.