Community Posts with Keyword Beedrill All 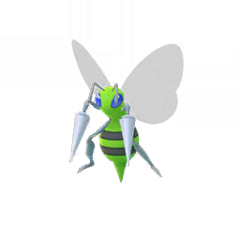 Beedrill lives up to its initial use in the original games flawlessly: an easily obtainable pokemon that's easy to raise and help bolster an early team. Sadly, its best role is nothing but a stepping stone to greater things in the game as any real collecting will yield better poison and bug types and leave Beedrill outclassed. On defense it's got a tiny bit of merit early on due to double-resisting Machamp's signature attacking set, but by that same token its entire moveset minus Elite Moves is hard-walled by Steel types.

The only real reason to raise a Beedrill is for Mega Beedrill.