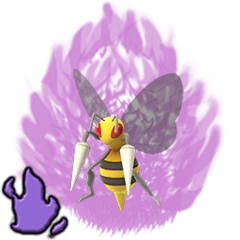 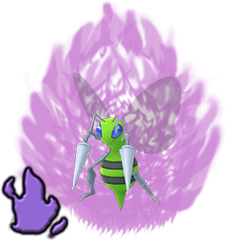 Beedrill lives up to its initial use in the original games flawlessly: an easily obtainable pokemon that's easy to raise and help bolster an early team. Sadly, its best role is nothing but a stepping stone to greater things in the game as any real collecting will yield better poison and bug types and leave Beedrill outclassed. On defense it's got a tiny bit of merit early on due to double-resisting Machamp's signature attacking set, but by that same token its entire moveset is hard-walled by Steel types.

In the main series, Beedrill does have the advantage of a mega evolution that is the very definition of a glass cannon, but without abilities it will likely lack the Adaptability needed to have any real success. It also has what was once a signature move in Twineedle, but unless it's released as something colossally powerful, it probably won't make a difference even if it does surface in the future.