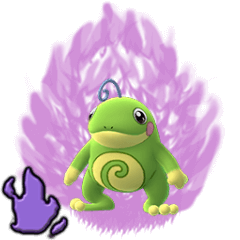 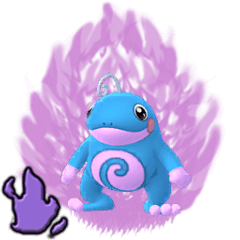 Shadow Politoed really has no true utility, especially for the huge cost to raise it.

Mud Shot is generally more preferable as it allows Politoed to use its powerful charge moves sooner before fainting. Bubble can also be viable if more Water-type damage is needed since it also gets STAB, but having slower access to its charge moves may leave Politoed more vulnerable without coverage options.

Weather Ball (Water) costs slightly less energy than Surf and is slightly more efficient in terms of Damage Per Energy (DPE). Earthquake and Blizzard both provide valuable coverage, with the former covering against Politoed's weakness to Electric, and the latter covering Politoed's weakness to Grass. Either move can work depending on coverage needed.

Politoed is an interesting Pokemon for Great League, with well-rounded stats that feature good bulk, and charge moves that can cover either of its weaknesses to Electric or Grass. Unfortunately for Politoed, Blizzard isn't a terrific option against Grass-types due to its high energy cost, and Politoed gets KO'd quite fast against Razor Leaf users. Against the rest of the meta, Politoed is a decent pick overall with its ability to spam Weather Ball consistently, but may struggle in neutral fights.

Politoed does well in Ultra League partly due to the numerous Steel-type competitors that are quite common, though it requires Earthquake to take down Registeel. Without it, Blizzard causes Politoed to receive more losses against fellow Water-types, which reduces its overall rating, but does pick up a win against Giratina Origin Forme. Overall a good pick for Ultra League thanks to its consistent Weather Ball damage output, though to achieve optimal performance XL candy is needed.

Politoed doesn't have sufficient stats to compete in Master League, consider a Hydro Cannon Swampert instead.