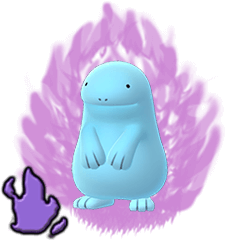 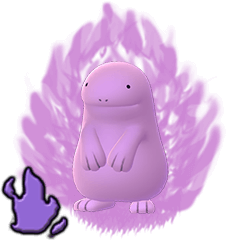 Behold, Lord Quagsire! Majestic, glorious, triumphant..... and derpy-looking. Quagsire boasts strong moveset options, but lacks stats to use them well. A relatively high STA stat compared to other Pokemon suggests that Quagsire be a decent gym defender, and with only 1 weakness and a handful of resistances, Quagsire ain't too bad for defense. That double weakness to Grass-type attacks shouldn't be overlooked though, as any attacker can simply switch to a Grass Pokemon and make short work of Lord Quagsire.

Sweeper team Quagy! Quagsire has such a strong move pool to sweep an unshielded team. Mud Shot sports very fast energy generation, which is much needed to fuel the relatively high energy costs of Quagsire's charge moves. The combo of Stone Edge and Earthquake covers up to 8 different typings and hits them hard, especially with the latter benefiting from STAB.

The style behind this spray and pray moveset is to shield bait and weaken the enemy team, though it struggle with consistency. While Acid Spray costs quite a bit of energy and doesn't deal any real damage, the effects of its debuff could turn the tides of battle and flip losses into wins, full guide on Acid Spray [here]. Choosing your second move will be determined by what PvP format you are in and what coverage is needed, though Stone Edge and Earthquake are both great options.

What about Sludge Bomb?

Sludge Bomb ties with Acid Spray as the option of a low energy cost charge move. While Sludge Bomb can offer coverage against Quagsire's only weakness: Grass-types, it's generally a better to play to switch and avoid those disadvantageous matchups altogether. One major consideration is the addition of Charm being added to various Fairy-type Pokemon with the July 2019 move rebalance, which could possibly make Sludge Bomb a very viable choice if Fairy-types see increased use in the meta.

Quagsire is the sweeper specialist. With only a single weakness to Grass-types and decent bulk, Quagsire generally has little to fear in Great League. Access to powerful charge moves backed by fast energy generation allows Quagsire to provide enormous shield pressure, and also enables Quagsire to KO various opponents when shields are down. The addition of Charm from the July 2019 move rebalance could possibly make Quagsire a Swiss-Army-knife type of pick if the meta sees a surge in Fairy-types. Overall a very solid candidate for PvP, just don't be fooled by that deceivingly derpy-looking face.

Quagsire is made for the Great League, best keep him there.

Not a chance of doing well here, this is the big leagues.