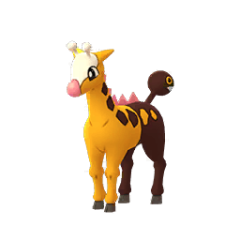 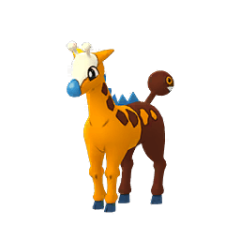 What can we say? Girafarig isn't even the most generally popular palindrome Pokemon out there. It has nothing to call its own.

Girafarig does poorly in PvP, despite having a very interesting typing. An offensive stat distribution results in low durability, while Girafarig's slow move pool leaves a lot to be desired. The addition of Psychic Fangs following the September 2022 update gives Girafarig a smoother gameplay, letting it bait shields potentially while also applying a debuff to ramp up the damage from Confusion. However Girafarig is still fragile and vulnerable to Dark-type Pokemon, and is generally still walled by common Steel Pokemon as well. Overall a very interesting consideration, but this Giraffe won't be standing very tall in battle.

If Girafarig couldn't compete in Great League, it definitely won't do well in Ultra League. A max CP of 2046 doesn't help either.