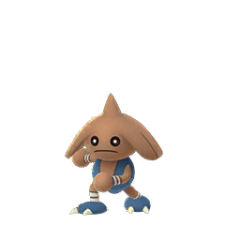 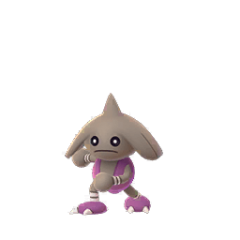 It's fun to see Hitmontop do its little Carlton dance on top of a gym, but it's sadly useless beyond that. Its stats aren't good, its moveset isn't good, it's harder to get ahold of, and Machamp is just plainly better on all fronts.

Counter is easily one of the best moves on PVP with 4 DPT (Damage Per Turn) and 3.5 EPT (Energy Per Turn). On top of that, Hitmontop gains STAB from the move to boost it even farther.

Has STAB counter and isn't horribly fragile. Check. It can absolutely wreck a number of hugely powerful Pokemon in the meta such as Lucario, Bastiodon, Melmetal, Probopass, and Umbreon without breaking a sweat and Stone Edge can even help provide coverage against its checks. Check. The fatal flaw for this Pokemon is the existence of Medicham, who has better power, typing, moves, and coverage to the point of shaping the Great League meta. If you need a mon that can COUNTER Steel and Dark types, Hitmontop can do the job, but overall there are better options.

Sadly, Hitmontop falls from grace quickly due to its absolute maximum CP of 2156. The meta grew faster than it did, and it really shows. Hitmontop can still operate as a Fighting-type in the tier, but it has too many counters and better options to be worth the slot.

Hitmontop has no utility in the Master League.