Community Posts with Keyword Celebi All 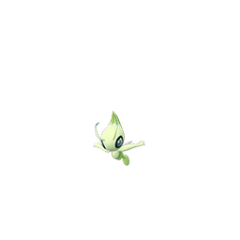 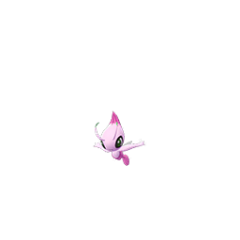 How Shiny is Acquired
Research Encounter

The time-traveling Pokemon Celebi is here through Special Research and unfortunately, it isn't a big performer. Its stats are similar to Mew, but lacks the moveset versatility. Magic Leaf helpped it in terms of its Grass Type damage, making it a potentially viable option, but its damage is still definitely on the low side of the spectrum.

Confusion is one of the better Fast Moves in the game, sporting 4 DPT (Damage Per Turn) and 3 EPT (Energy Per Turn). It hits hard and charges moves at a fair rate. Magical Leaf is now an option following the Johto Tour in February 2022, and offers above average damage output and energy generation, along with Grass-type coverage.

Seed Bomb is recommended for its lesser energy cost, and with STAB it deals respectable Grass-type damage. Psychic might be a bit redundant due to the high damage output of Confusion, but it benefits from STAB and costs a moderate amount of energy. Leaf Storm can be chosen for its very high burst of damage, but can be risky to use due to its self-debuff. Dazzling Gleam provides Fairy-type coverage which can be useful against Dark-type opponents, but its high energy cost discourages its use.

Celebi is a very unfortunate Pokemon that's basically invalidated by anything that can hit it Super Effectively. Its typing leaves it with a huge number of weaknesses, its stats are nothing to write home about, and it has a very shallow movepool. Psychic and Grass don't compliment each other very well, and Celebi doesn't have more useful options. On top of this, most Steel-types resist literally everything that Celebi can throw at them. All-in-all, Celebi will forever stand in the shadow of its fellow Mythic, Mew, and currently has no real chance at making waves in the Great League meta.

Celebi carves out a bit of a niche as its CP is allowed to grow, finding itself able to counter threats such as Blaziken, Meganium, Toxicroak, and Venusaur. Its typing is still a severe issue, offering very few advantages and many weaknesses, but it's still capable of doing a good job where needed. Too bad other Pokemon can do the same job with more utility for the tier.

As before, Celebi has a few good matchups for the tier. It can take down Machamp, Swampert, and even Kyogre given the right movesets. Given some of the top threats in the tier and the fact that it has a relatively high max CP, it is capable of being a solid performer where needed, but it's still not exactly a huge force in the tier due to how shallow its niche is and how much it tends to overlap with other big-names such as Lugia and Mewtwo.

A Special Movie Tie-In Event Is Coming, with the Release of Shiny Celebi

Celebi's Arrival and Its Place in the Meta