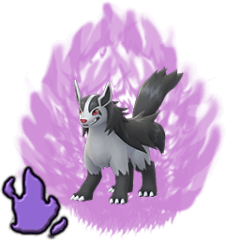 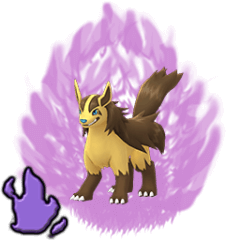 While the word “mighty” is in “Mightyena,” it’s a bit misleading. Mightyena lacks the Attack stat and good Dark-type moves to be an effective attacker, and it’s also a poor defender.

Bite or Any Fang + Poison Fang and Crunch

Mightyena's greatest strength is in its versatility. It has a ton of variety in its potential fast move coverage, and so if you want to run Mightyena, choose your fast move based on the coverage your team needs most. Poison Fang and Crunch are run because they're Mightyena's cheapest moves.

Despite a huge variety of coverage, this mon just doesn't quite cut it. Its typing isn't great, and it just doesn't have quite as much bulk as it needs. Sadly, Mightyena just might-not-yena cut it It's spicy, but it's not good.

Mightyena's low max CP causes it even more problems in in Ultra League.