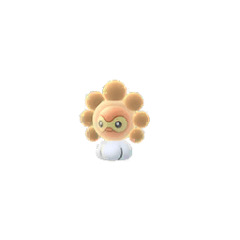 Sunny Castform is great for brightening your day, but not so great for much else. Access to the efficient move Weather Ball isn't enough to save it from its pitiful stats.

Weather Ball is efficient and strong for its low energy cost, and can be used frequently. Solar Beam demands insane amounts of energy which makes it very difficult to access, but provides valuable coverage.

Sunny Castform is a mono-Fire type featuring decent bulk. Like the other variants of Castform, Weather Ball is its main highlight due to its respectable damage output while costing the least amount of energy possible. However, Sunny Castform is a little bit ahead of the other Castform types due to its useful Solar Beam coverage, despite the harsh energy needs.

At least Sunny Castform can try to brighten your day after losing in Master League.