Community Posts with Keyword Metagross All 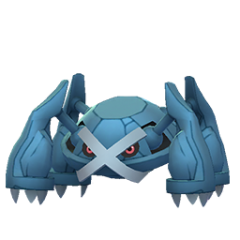 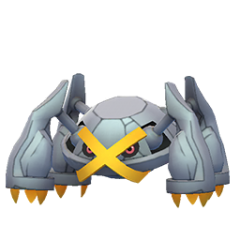 Metagross is the Dragonite/Tyranitar of the third generation, boasting high stats across the board. With a weak movepool, it took some time for this generation's pseudo legendary to shine. But thanks to the October 2018 Community Day, Metagross finally became the powerhouse it's stats wanted it to be. Meteor Mash, a near-clone of Venusaur's Frenzy Plant, is an insanely strong charge move that absolutely crushes everything that's weak to Steel. These factors together make Metagross an absolute staple raider. On top of this, Metagross can also run a Psychic Type moveset very effectively, giving it a lot of utility for players with a second charged move unlocked.

Meteor Mash (100 damage, 50 energy) is an incredibly powerful, if somewhat expensive move, and is core on any Metagross set. Sadly, if you’re missing Meteor Mash, maybe leave this metal menace out of your matches. Because Flash Cannon isn't very good, we round out this set with Earthquake (120 damage, 65 energy) which gives Metagross the tools to deal with fellow Steel-types and any potential Fire-type counters.

With the September 2019 update to Psychic (90 Power/55 Energy), Metagross at last has a second set worth consideration. While it may not provide the valuable coverage of Earthquake, Psychic is cheaper and provides a second powerful STAB move for neutral damage against some Pokemon that resist Meteor Mash.

Metagross, like many other PvE top tiers, fails to perform well in Great League due to its monstrous attack stat. That said, it still has a collection of powerful moves, so it can absolutely put in work if you evolved one all the way down here.

Metagross is still somewhat underwhelming here due to the CP cap preventing it from using its full power. Better than in Great League, but not by much, especially due to its typing making it weak to Giratina.

Prior to Zacian's release, Metagross was often outclassed by Melmetal and Excadrill as a Steel-type option in the Master League. Although powerful, Metagross suffers from having a rather cumbersome moveset, making it an unreliable choice for countering Dialga. Its secondary Psychic typing further amplifies its issues as Ghost- and Dark-type attacks are common. Although its neutrality to Fighting was valuable, it was not enough to offset its long list of issues.

Zacian's release at the end of Season 8 gave Metagross a much needed niche to cement itself as prominent Steel-type. Metagross boasts the role of being the only safe answer to all of Zacian's moves (other than Venusaur, whose low stats makes it unviable in Master League). Being a Pokemon that can blanket check Togekiss, Dialga, and Zacian in one slot, Metagross finds itself to be a great partner to the likes of Palkia and Yveltal, cementing its role in the Master League.

Meteor Mash Metagross and the Meta