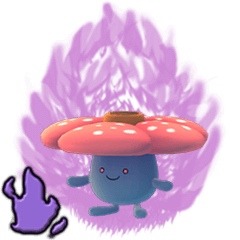 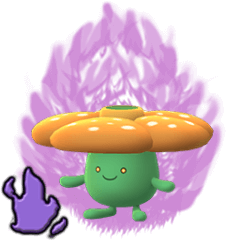 Shadow Vileplume is actually a surprisingly strong Grass or Poison Type attacker, though not the best. If you happen to find a high-IV Shadow Vileplume, then it can definitely perform. However, it's inferior to numerous other Pokemon that fill the same roles.

Razor Leaf is preferred for hits high STAB damage output at the cost of having the worst energy gains in PvP. Acid gets STAB and can be useful in some niche situations against Grass or Fairy-types, but has below average energy gains.

Sludge Bomb is the primary and (most of the time) only charge move used by Vileplume due to its lesser energy cost compared to Vileplume's other charge moves. The very poor energy gains from Razor Leaf often risks Vileplume fainting before being able to utilize its more expensive charge moves. Moonblast is preferred for its coverage against common typings.

Shadow Vileplume can deal solid damage fairly quickly thanks to its Shadow Boost and its good moves, but it's still just a lesser Victreebel.

Shadow Vileplume doesn't have much that it can prey on in the Ultra League, leaving it a risky choice.

Shadow Vileplume has no place in the Master League.