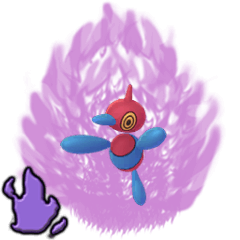 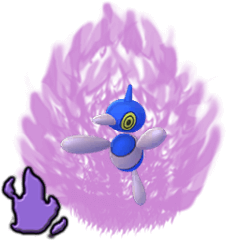 Porygon2 got a malware-laden update to its stats and appearance, thus becoming Porygon-Z, but it didn’t receive any upgrades to its normally wide movepool. With Lock-On's high energy gains, it can slot in against basically anything weak to one of its powerful charge moves and can offer a fair bit of generalist utility, though it's basically never going to be a top pick in any of these roles.

In partly cloudy weather, Shadow Porygon-Z can fire an incredibly strong Tri-Attack that can actually make it a top attacker given Partly Cloudy weather if a Normal Type Mega Evolution is on the field.

Lock-On features the best energy generation in the game, and is recommended to fuel Porygon-Z's very expensive Charge Moves.

Porygon-Z doesn't have any real use in PvP. High offensive stats result in poor bulk in Great League. while a highly inefficient moveset can result in excessive overkill damage, or fainting before being able to land a charge move.

At first glance, a mono-Normal typing may seem appealing when considering the frequent usage of Ghost-types in this league. While it definitely can be a perk against Ghost-types using only Ghost-type moves, this is mostly the only niche that Porygon-Z has going for it.

Porygon-Z has a max CP of 3266 at level 40, which lacks behind many of the powerhouses in Master League. More importantly, its moveset problem is still its main drawback. While Porygon-Z can pick up some matchups in an even fight, its performance drops significantly if the opponent commits both shields.