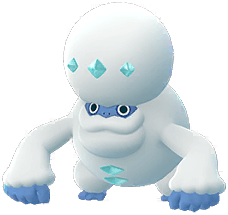 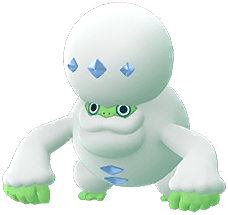 Among the Ice Types of Pokemon Go, Galarian Darmanitan is a bit of a glass cannon. It throws out some very high damage, and can even come semi-close to the top Shadows of the type, but it is pretty frail. That said, its future is potentially even greater. In the main series, Galarian Darmanitan, much like its normal forme that originated in Unova, has a special Zen Forme. This Ice/Fire Type forme is wildly powerful, but it currently only has a Fire Type STAB moveset to its name and we have no idea when/if it will make an appearance, so this version is definitely not a bad investment in-and-of itself!

Ice Fang is the best fast move for Galarian Darmanitan, since Tackle is such a bad move.

Avalanche deals massive damage with STAB, and only costs 5 more energy than Ice Punch, which deals significantly less damage. Superpower costs the least amount of energy, and provides wide coverage, though it is not recommended to bait shields with it due to its self-debuff. Overheat costs the most amount of energy, but can threaten considerable damage if unshielded.

Galarian Darmanitan sports a mono-Ice typing, and extremely poor bulk. However, it also sports some of the highest offensive stats compared to the Great League meta, which suggests that any of its charge moves that are unshielded could possibly OHKO unsuspecting opponents. Access to poor energy generation makes it difficult to access its incredibly powerful charge moves, which makes this snowman more of a one tricky pony at best.

Galarian Darmanitan features just as much risk in Ultra League as it did in Great League. Losses against most meta picks makes it difficult to use, relying on inconsistent farming opportunities against Dragon or Grass Pokemon in order to be played optimally.

A max CP of 3105 would suggest that Galarian Darmanitan would be at least somewhat viable in Master League, but the lack of energy generation from its fast move causes it to not access its strong charge moves, and consequently lose way more matchups. Hope for a moveset rebalance to take this snowman from zero to hero.

Zekrom, New Research Breakthrough, and Other Events Coming in June