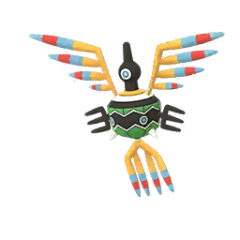 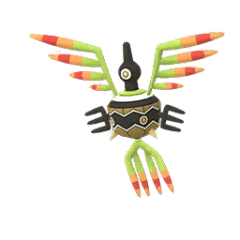 Sigilyph is a regional largely based around Egypt, Greece, and some surrounding areas. It has decent stats and a defensive typing which is appealing for a gym defender, but its movesets are quite poor. More often than not, Sigilyph is acquired for the dex entry.

None of Sigilyph's charge moves are strong, but Signal Beam deals a decent amount of damage for its moderate energy cost, and also provides coverage against Dark-types. Ancient Power costs the least amount of energy, but its damage output is very poor. Air Cutter or Psybeam could be chosen for some STAB secondary damage, but their energy costs prevents any meaningful shield pressure.

Sigilyph has almost no use in PvP due to its horrible charge moves, but gets a point on the board for claiming some wins when given a typing advantage.

A handful of wins against certain Grass-types and Fighting-types is nice, but other Pokemon can perform much better.

Some say Sigilyph obtained its Flying typing after being sent to heaven from being KO'd so much. ......was that too Dark?