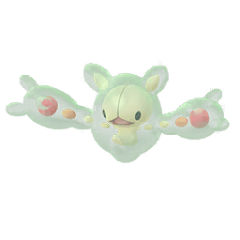 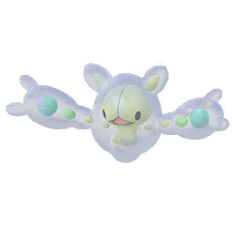 Poor Reuniclus has a severe lack of niche. As a Psychic Type attacker, it's in direct competition with Mewtwo and Shadow Mewtwo, which is like comparing a zippo lighter to a burning building. It's passible on defense, but still fairly easy to counter. Sadly, this Pokemon is little more than a dex filler.

Hidden Power is superior to Zen Headbutt, and can also surprise opponents with its unpredictable typing.

Reuniclus sports slightly below-average bulk as a Psychic-type, but suffers severely from a very cumbersome moveset. Poor energy generation and costly charge moves results in very poor shield pressure, with most meta fights resulting in Reuniclus only using one charge move and consequently losing 1-shield matchups. Unless matchups are highly favorable for its Hidden Power typing, Reuniclus is unlikely able to perform well.

The performance of Reuniclus in Ultra League very similarly resembles its performance in Great League. Shielded matchups are only slightly favorable if Hidden Power's typing is favorable, otherwise Reuniclus stands to lose against most meta Pokemon.

Reuniclus would appreciate more stats to compete with the major competitors in Master League. More importantly, an improved moveset would be significantly more valuable.