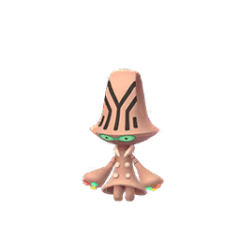 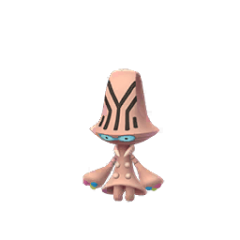 It's said that Beheeyem uses its psychic powers to tamper with the memories of others. In Go, its goal in this is to make you forget about ever, ever using it.

Confusion can deal considerable damage with STAB, and has moderate energy generation. Astonish is a very bad move.

Rock Slide costs the least amount of energy among Beheeyem's charge moves, and also provides wide coverage. Dark Pulse could prove valuable in situations requiring its coverage, such as specific Cup formats, though it lacks STAB. Psychic costs the most amount of energy, though not by much, and benefits from STAB to threaten the most damage.

Beheeyem on paper looks like a Pokemon with good opportunities in PvP, with a hard-hitting fast move backed by respectable charge moves. However a high ATK stat reduces its bulk in CP capped leagues, often resulting in this rather frail Pokemon fainting before accessing its moderately slow charge moves. Various other Psychic-types already compete in this league for a roster slot, and while Beheeyem is another contender, the lack of bulk and a sluggish moveset holds it back.

Like in Great League, several meta Psychic-types also exist in Ultra League, which makes it difficult for Beheeyem to compete in. Without bulk or a faster moveset, it's likely this Pokemon will be sitting on the bench more often than not.

With a max CP of 2753, Beheeyem lacks sufficient stats to compete in Master League.