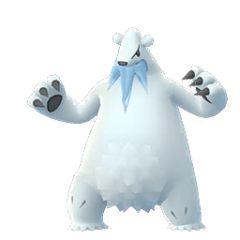 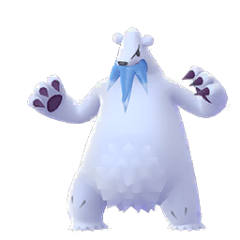 Beartic isn't the cute and cuddly Ice-type teddy bear that its pre-evolution is, though it doesn't really challenge the current best Ice-types either. An unimpressive moveset combined with a subpar ATK stat leaves more to be desired if Beartic is to challenge Mamoswine. Glaceon, Jynx, and Weavile all beat Beartic in Ice-type DPS, which makes this bear more of dex entry or budget pick than anything worth investing in.

Ice Punch is recommended for its low energy cost and STAB damage. Surf also doesn't cost a lot of energy and provides coverage against Beartic's weaknesses to Rock and Fire Pokemon. Play Rough costs a lot of energy to access, which makes it less desirable but not unusable.

Beartic is a fragile mono-Ice type Pokemon with a very fast moveset. Unfortunately mono-Ice typing is arguably the worst typing defensively, which makes Beartic very vulnerable against the meta. While it can easily handle Altaria and Tropius who are doubly weak to Ice, it doesn't have much else going for it, with a long list of losses against popular meta Pokemon.

Access to a moveset that threatens Dragon-types is very valuable in Ultra League where Giratina is regarded as the king, but unfortunately poor bulk and an exploitable typing holds Beartic back. Its moveset with either Powder Snow or Charm is enough to deal with Dragonite, Latios, Flygon, Kingdra, and just barely can compete with Dialga in certain shielding matchups, but it's still no match for Giratina. Against most other meta picks, Beartic is mostly prey than predator.

Beartic has a relatively low CP which is somewhat lackluster compared to various legendary and psuedo-legendary Pokemon found in Master League. Its very vulnerable typing and poor bulk don't do it any favors in this league, with most meta-relevant Pokemon being able to defeat Beartic quite easily.