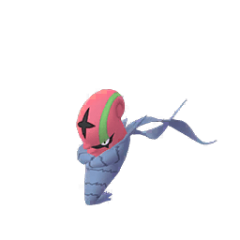 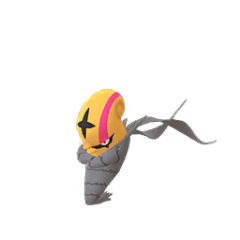 Accelgor looks like a tough, no-nonsense kind of Pokemon, but unfortunately its looks are arguably the only thing this Pokemon has going for it. Various other Pokemon boast superior stats and movesets, and Bug typing in the meta isn't particularly valuable either. A dex filler at best, with maybe hopes for a better future if given a stronger moveset.

Infestation offers fast energy generation for Accelgor's slow charge moves, and benefits from STAB. Acid is a below average move for PvP.

Signal Beam costs slightly less energy than Bug Buzz, which is significant enough due to the lack of a cheap charge move option energy-wise. Focus Blast is the only option available for coverage, and is quite valuable against the meta but demands a lot of energy. Acid Spray costs the least amount of energy, but is still moderately expensive, and doesn't deal much damage if unshielded.

Accelgor as a mono-Bug Pokemon lacks a quality moveset for PvP, with inefficiencies and high energy costs holding it back significantly. A high ATK stat and poor DEF stat also makes it very squishy for Great League.

Accelgor doesn't have much play for the reasons stated above, despite having the offensive Bug-type coverage that's quite valuable in this league.