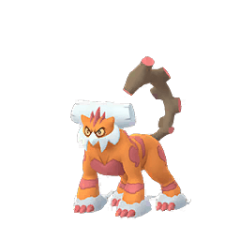 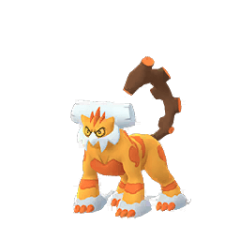 Landorus Therian Forme is one of the best Ground-type attackers in the game, with an ATK stat higher than any non-Mega Ground-type in the game including Groudon. While the nerf to its moveset prior to its release is unfortunate, Landorus is still a great addition for players looking to improve their Ground-type teams.

Mud Shot benefits from STAB and is preferred for its very high energy generation. Extrasensory features a balance of damage output and energy gains, but the lack of STAB, high energy gains, and typing synergy makes it less desirable.

Earthquake and Bulldoze both similarly demand a lot of energy, with the former being the much harder-hitting move while the latter is considerably weaker but costs 5 less energy. Superpower is listed here for its significantly cheaper energy cost, though baiting shields with this move is not necessarily a good decision because of its self-debuff effects. Its lesser energy cost is notable for prolonged fights that end up in 2-shield situations. Stone Edge can be chosen primarily for Flying-types that Landorus would otherwise get walled by.

This set forgoes the incredibly powerful STAB Earthquake to attempt to pick up some extra speed. This leaves you with an interesting playstyle that will often involve throwing a couple of Superpowers and then bailing to reset your debuffed stats.

Landorus Theiran Forme's CP is too high for Great League. If it can be obtained in the future through other means then it would potentially be eligible for this league.

Landorus Therian suffers from the CP cap and CP formula significantly more than its Incarnate variant, with very poor bulk compared to other Pokemon in this league. Its moveset lets it hard counter Registeel, and if Stone Edge is chosen then Flying-types like Charizard and Talonflame can be threatened as well. However this is rather niche, and other Pokemon can fulfill this role more comfortable.

The moveset nerf losing Rock Slide and Earth Power prior to its release is a major blow to Landorus Therian Forme. Baiting shields is difficult since Superpower applies a self-debuff, but access to the harder-hitting moves of Earthquake and Stone Edge lets Landorus function more as a closer when shields are down. With similar performance to Groudon, but having a Flying-type advantage to beat its rival with, Landorus Therian is an interesting addition that adds options to the relatively small meta of Master League.