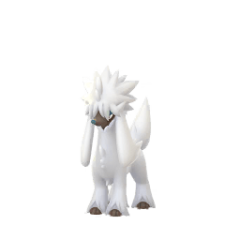 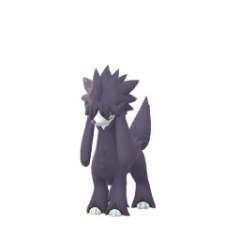 What can be said about Furfrou that hasn't already been said many, many times before? Hailing from the prestigious Kalos region, this wonderous Pokemon has been cared for and cherished by royalty since time immemorial. It is the guardian of kings, and a status symbol second to none.

Originally, this Pokemon was, as stated, the guardian of the ancient royalty of the Kalos region. While we see it today primarily as a status symbol among the most elite of trainers in Pokemon Go, it is amazing to think that this glorious Pokemon was originally sought after not for its bewitching style and incredible versatility, but rather for its fierce strength and protective tendencies. History shows that it was extremely successful in its role, as its trainers began cutting its luxurious fur in order to lessen wind resistance and allow it to move about with greater agility. Over time, this practice of cutting the fur of Furfrou became a challenge unto itself, as royal guards would attempt to style their assigned Furfrou into more and more extravagant and beautiful styles in order to make them fit into the extravagant royal court of Kalos within that day-and-age. This continued until the royals of the time took notice, causing them to bring their own styles to this versatile Pokemon. In time, many different styles or "trims" were developed for Furfrou in order to make it truly stand out, and soon even the royals began to work in competition in order to out do one another with progressively more extravagant designs. Soon, stylists from across the globe were called to Kalos, in hopes that their unique way of seeing the world would bring about a new and greater style as a result. In the end, the traditional court of Kalos royals accepted nine "official" styles that would be accepted for Furfrou, plus the original non-styled variant.

But after countless generations of Furfrou being bred for more luxurious and easy to manage fur, its steadfast personality began to make a subtle shift. While it kept the loyal and steadfast nature that made it first attractive for its guard duty in the past, it began feeling more and more pride for its appearance. In fact, it soon came to the point where Furfrou gained a sixth-sense about the skills of those that would seek to take scissor and brush to its personal majesty, and would no longer allow anyone lacking the skills fostered by the royal stylists of old to change its style. This trait has been so ingrained into this Pokemon, that even wild Furfrou with little more than a passive relation to the royal Furfrou of old have inherited this innate awareness. Because of this trait, those in high fashion today tend to bring a Furfrou along when searching for a new hair stylist, as Furfrou's natural understanding of a stylist's skills will ensure that the resulting work will only be of the highest quality.

What's that? How is Furfrou in Pokemon Go? It's trash, throw it in your box and forget about it.

Go battle league reward Driftblim with 8/7/0 IV
Hello everyone, I thought that the minimum threshold IVs for a pokemon reward from go…
Help me pick my GBL team
It’s season 9 of GBL and I finally decided to not only check for high IV mons but also…
Too Weak to Raid?
I have just started getting into Pokemon GO, having reached level 27 and starting to…
Pokemon Lvl / IV question
Hi! Im fairly new to Pokemon go. Have been playing for a month or so now. Trying to…
Lugia not having Aeroblast
I caught these three yesterday and none of them had Aeroblast, they were all…
Read More