Barbaracle as a Rock/Water Pokemon has lots of competition from existing Pokemon already in the game, but unfortunately with only 194 ATK and a suboptimal moveset it falls behind current meta attackers. Its stats would allow it to be a decent defender, if not for its double weakness to- and lack of threat against Grass-type Pokemon. Sharing a typing weakness to Fighting-type attackers is also generally not favorable, as many currently meta gym defenders tend to share this problem.

Water Gun is an overall well-rounded move that provides a balance of damage output and energy gains. It hits harder with STAB and provides good Water-type coverage. Fury Cutter lacks STAB (and damage output in general), but makes up for this by providing energy quickly, letting Barbaracle access its charge moves sooner.

Cross Chop costs the least amount of energy, can be used frequently, and its Fighting-type coverage is quite valuable in the meta. Either Grass Knot or Stone Edge can be chosen depending on whether Grass-type or Rock-type coverage is needed, though it should be noted that only the latter benefits from STAB.

Barbaracle is a Rock/Water Pokemon with decent bulk thanks to its relatively high DEF stat, though that quickly becomes irrelevant against Grass-type Pokemon. Barbaracle's access to Fighting-type, Rock-type, and Grass-type coverage is extremely valuable in the meta, and gives it a lot of options to consider, but being a jack-of-all-trades won't bring it to the top of the meta. Losses vs Flying-types like Drifblim (with shields) or Altaria suggests Barbaracle is less consistent than other meta Pokemon. Giving up Stone Edge to pick up Grass Knot as an anti-Water play might leave it too weak against the overall meta, and its strengths against Fire-type Pokemon are not as highly valued due to their uncommon usage. Like many Pokemon in this rating category, Barbaracle would prefer a specific format/cup that limits its weaknesses or competitors to see more usage.

Barbaracle's kit gives it some usage in Ultra League, more preferably in Premier Cup to avoid losses against various legendary Pokemon. Grass-types might be anticipated to be the biggest threat, but Barbaracle's fast access to Cross Chop gives it the win against Abomasnow, and Fury Cutter is doubly Super Effective against Exeggutor. As long as Barbaracle avoids Fighting-types, Electric-types, and Swampert, it might be able to hold its own against the meta. 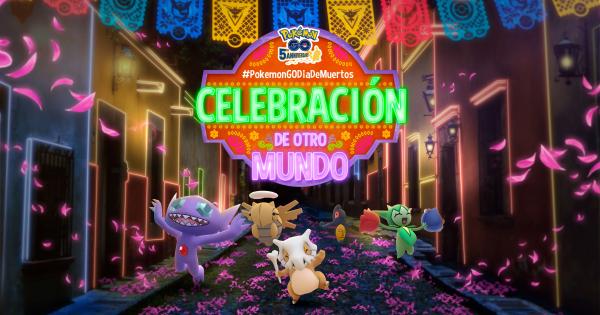 They really need to make mythicals tradible
Maybe give them unique rules like can only trade for same species and then maybe make…
Keep or Purify these Shadow Larvitar
Hi everyone! I have 2 shadow Larvitars. 1 is 12/15/15 1 is 15/14/13 I was thinking of…
There are shameless brags for Pokémon how about you post pics of your favorite pokestop? Post the Funniest or coolest below
Post the best pokestops you can find!! Whether they are hilarious absurd or just…
Returning player lost in pvp
Hello there ! I’ve just gotten back into pogo, and i’m lost with pvp IV and pokemon…
Shinx Community Day
Looks almost certain according to Leekduck, the move will doubtless be a PvP one…
Read More