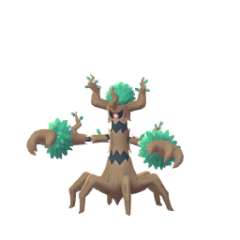 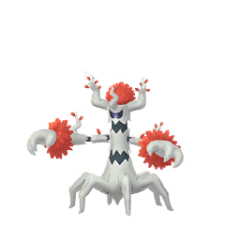 Trevenant is a Ghost/Grass Pokemon introduced into the game after five years since Pokemon Go first launched in 2016. At this point many players already have strong Ghost and Grass Pokemon for the PvE scene, which makes Trevenant more suitable as a dex filler than a Raid attacker or Gym defender. However its moveset is quite strong in the PvP scene.

Shadow Claw has stronger damage output and faster energy generation than Sucker Punch, and STAB furthers the gap between them even more.

Seed Bomb is preferred for its lesser energy cost, making it useful for baiting shields, as well as its Grass-type coverage which is backed by STAB. Shadow Ball is a powerful move that hits hard with STAB and is largely unresisted in the overall meta. Foul Play costs a more moderate amount of energy and provides the same coverage as the latter mentioned Charge Move, but the lesser damage output due to lacking STAB discourages its use.

Trevenant is relatively unique as a Ghost/Grass Pokemon, resulting in an interesting mix of weaknesses and resistances. While its bulk is nothing special compared to popular meta picks, Trevenant's strength largely comes from its strong moveset. Access to one of the best Fast Moves in the game in the form of Shadow Claw, with STAB, is a very good perk to have. Shadow Ball with STAB is very strong and largely unresisted, while Seed Bomb is a decent move that can both bait shields and provide useful coverage. Trevenant's offensive threat in all even-shielding situations makes it a good consistent pick overall, though it can be hard walled by Normal and Dark Pokemon quite easily.

With a max CP of 2559 at level 40, Trevenant requires a lot of resources to meet the CP cap of this league. While not a lot of XL Candy are needed to optimize IVs, Trevenant might be worth the cost regardless due to its impressive performance against a variety of meta contenders in this league. Its potential to win certain fights even when at a typing disadvantage is to be respected. Due to the increasing usage of XL Pokemon over time, Trevenant should be mindful of popular picks in Ultra League such as Umbreon and other Dark and Normal-type Pokemon.

Trevenant largely lacks stats to do well in this league. Grass-type Pokemon are quite rare here, and Trevenant might find a niche against Pokemon like Metagross, Magnezone, and Swampert, to name a few.