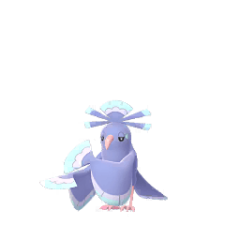 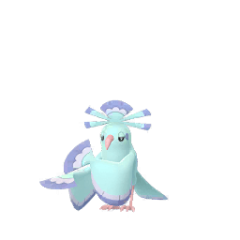 The best use of Oricorio on offense is please don't.

On defense, Oricorio is pretty weak. Sensu style's Ghost sub-typing has some real advantages, in particular if nestled between a pair of Fighting-weak defenders. Its best utility here is setting it on a gym outside of the Asia-Pacific region as a bit of a brag.

Air Slash provides a balance of damage output and energy generation, and also benefits from STAB. Pound is terrible and can't be Super Effective.

Oricorio suffers from the lack of any coverage option. Aerial Ace is the best option due to its lesser energy cost, enabling it to be used more often to pressure shields. Air Cutter deals almost the same damage but costs more energy, making it a downgrade. Hurricane is not required, but it has a niche when shields are down, assuming Oricorio survives long enough to use it.

The Sensu style of Oricorio sports a Ghost subtyping, which doesn't cover its Flying-type weaknesses, but makes it a harder wall against some of its existing resistances. Without any coverage options or utility this Pokemon has very poor performance in the meta. It's not very fast or bulky either.

Oricorio can only expect wins against Pokemon weak to Flying-type attacks, which to its credit, do exist. Unfortunately it's not good against the overall meta, so save your Stardust.

Sensu Oricorio is a scary pick for Master League. So scary that it scared itself away and vowed never to participate in Master League.

The Festival of Colors