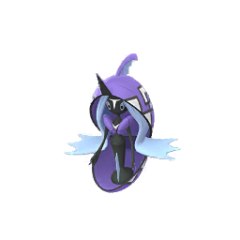 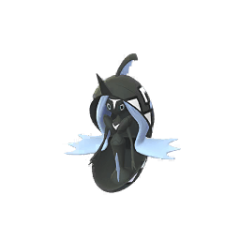 Tapu Fini is the fourth guardian deity to be introduced into Pokemon Go, but is also unfortunately one of the least valuable in the PvE scene. Not only are a ton of strong Water-type Pokemon already in the game, but Tapu Fini doesn't even break 200 ATK. Its high DEF stat makes it more appealing for PvP however.

Water Gun is an average fast move, but has STAB and greater energy gain than Hidden Power.

Surf is mandatory due to its cheap cost and solid DPE. Moonblast is an excellent secondary STAB nuke and breaks down opposing Dragon-, Dark-, and Water-type Pokemon, but it is quite expensive. Ice Beam offers coverage against Grass-type Pokemon, although it is usually outclassed by Moonblast due to the latter's raw STAB damage. Hydro Pump is redundant with Surf around.

Tapu Fini can be obtained in Great League by rerolling for very low IVs by trading. In terms of performance, Tapu Fini is quite similar to Azumarill due to their shared incredible typing and similar moves. It is a fair bit more fragile, having only about 80% of Azumarill's overall stat product. However, its moveset is overall more aggressive and offers more consistent damage than Azumarill's. Tapu Fini shines best in formats where Azumarill is banned, although it is nonetheless a viable replacement even in open Great League. Note that while Primarina exists as yet another Water/Fairy Pokemon, its role is significantly different due its access to Charm.

Tapu Fini's excellent typing shines further without Azumarill being around to outclass it. Overall positive matchups against Talonflame, Dark-type Pokemon, Giratina, Swampert, and Galarian Stunfisk gives it a respectable corebreaking potential. With good stats and an amazing combination of of resistances, Tapu Fini can fit quite easily onto teams. Although weaknesses to Cresselia, Registeel, and Trevenant hold it back, it has play against most opponents. Overall, Tapu Fini is a solid addition to Ultra League.

Tapu Fini's amazing typing unfortunately does not save it from its low overall stats here. It's simply not strong enough to perform any of its Water- or Fairy-type duties, and is underwhelming as a generalist. Primarina is the superior choice due to its specialized role as a Charmer, fully utilizing its Fairy typing.