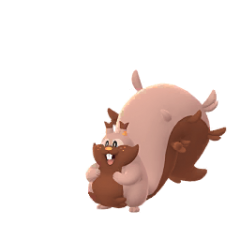 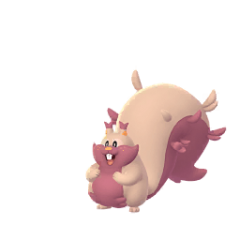 Its name is called Greedent for a reason, because at best it can put a dent in its opponent. The "Gree" part? .....they don't pay me enough to make bad jokes.

Greedent is a bulky Body Slam user. We already have a few of those, and Greedent doesn't do a ton to let itself stand out. While its straight up win rate vs the Great League metagame isn't fantastic on paper, its performance skyrockets with a little bit of energy advantage. This makes it extra powerful as a safe swap. With the buffs to Crunch in Season 9, Greedent moves up the ranks a bit.

Normal-type Body Slam user with anti-Ghost coverage. Sound familiar? In Ultra League, Greedent generally ends up feeling like a worse version of Snorlax. While it's certainly usable (and Bullet Seed helps it pick up extra power against Water-types!), it's not a top tier mon for a reason.

Greedent gets nowhere near the CP required to compete in Master League.